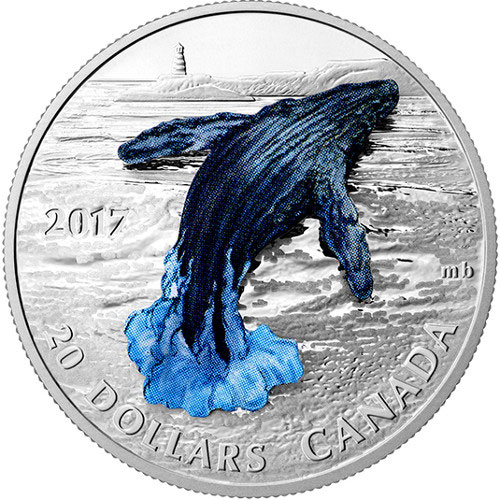 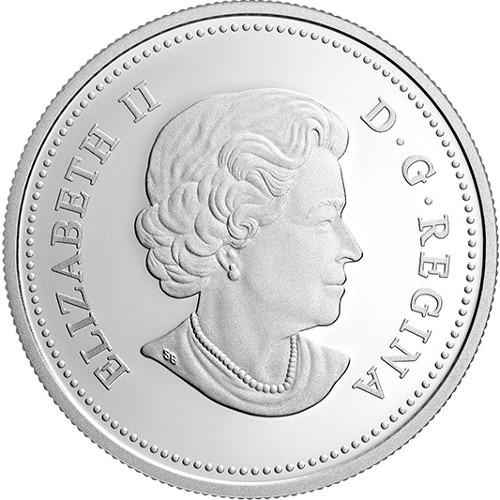 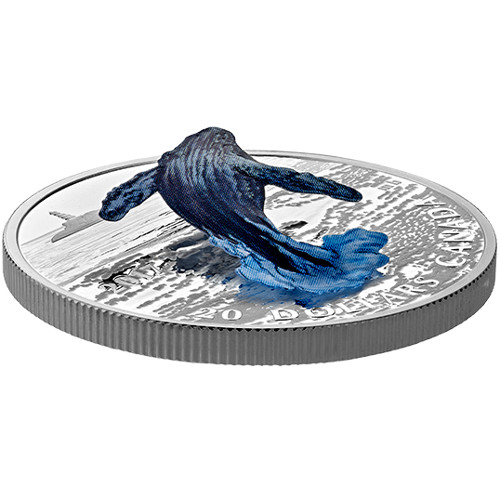 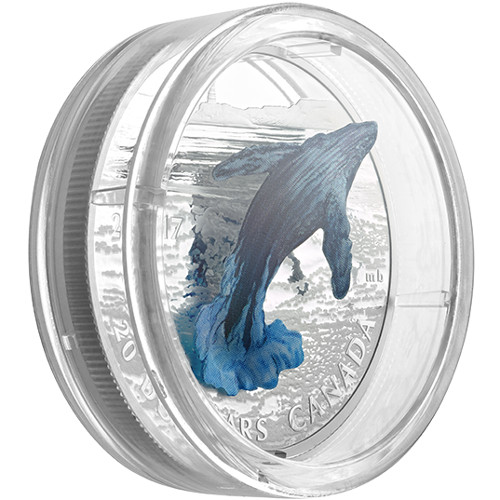 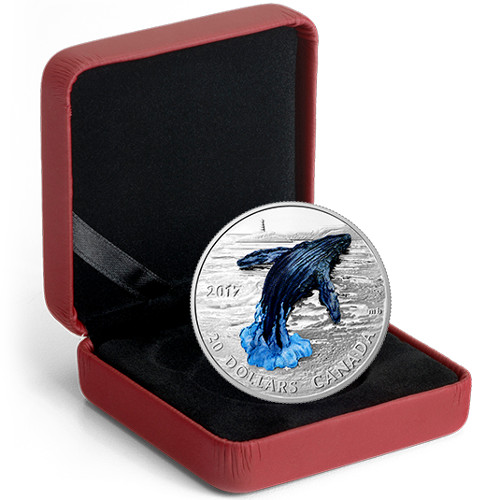 Canada is often viewed as a land of rich natural resources, incredible views, and stunning vistas, and for most people that just counts the beauty found on the landmass itself. Off the shores of Canada, the waters of both the Atlantic Ocean in the east and the Pacific Ocean in the west hold numerous treasures. Today, the 2017 1 oz Proof Canadian Silver 3-D Breaching Whale Coin is available to purchase from JM Bullion.

For the first time ever with the release of the 2017 1 oz Proof Canadian Silver 3-D Breaching Whale Coin, the Royal Canadian Mint has created a design that quite literally leaps off the reverse field of one of its coins. Created by Matt Bowen, this depiction of a humpback whale combines the beauty of nature, colorization, and 3-D finish to one product.

On the reverse face of the Breaching Whale Coin youll find the design of a humpback whale as it launches itself up out of the icy waters off the coast of Canada. The whale is shown arching its back as its leaps into the air, and the water where it breaches features a stunning icy blue colorization.

That isnt what makes this coin special though. Viewed from the side youll see that the image of this humpback whale as it breaches the surface of the water literally comes up off the surface of the coin. The Royal Canadian Mint achieved this feat through a combination of unique printing and embossing to bring the unprecedented dimension to this coin.

On the obverse of the 2017 1 oz Proof Canadian Silver 3-D Breaching Whale Coin is the image of Queen Elizabeth II. Captured in right-profile relief, this image was created in 2003 by Susanna Blunt for use on all Canadian coinage and began rolling out on coins in 2004.

The Royal Canadian Mint was founded in 1908 to help refine precious metals from the Yukon Territories, and give Canada greater independence and control over its own coinage. Today, the mint consists of its original facility in the federal capital of Ottawa and a newer facility opened in Winnipeg in the 1980s.

Please contact JM Bullion at 800-276-6508 with any questions. You can also reach out to us online through our live chat and email features.