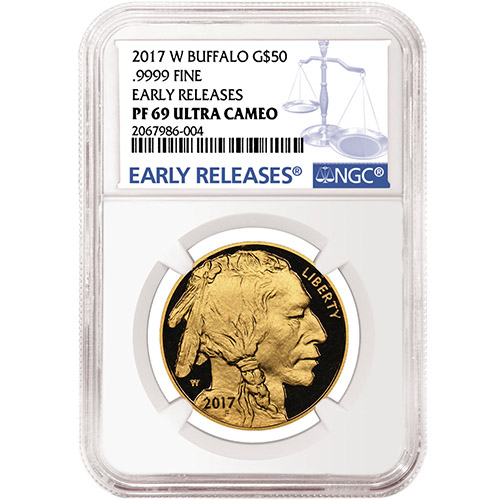 Each of the 2017 1 oz Proof American Gold Buffalo Coins in this product listing are near-perfect specimens from the NGC. Coins in PF69 condition show full, original mint luster and a maximum of two minor detracting flaws. Those flaws are limited to minuscule contact marks or hairlines and are found only outside of the primary focal areas of the coin.

The Early Release designation is reserved for coins that arrive at the NGC within a certain timeframe. The coins must arrive at the NGC or an approved third-party depository within the first 30 days of the release date set by the United States Mint.

We encourage all JM Bullion customers to contact us at 800-276-6508 with questions. You can also reach out to us online through our live chat and email, or visit our homepage at any time to check on gold and silver prices today.