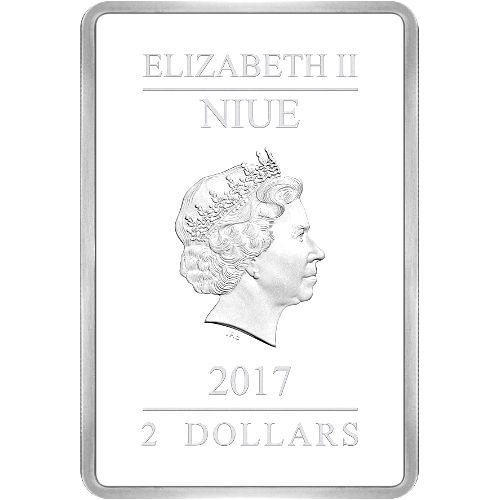 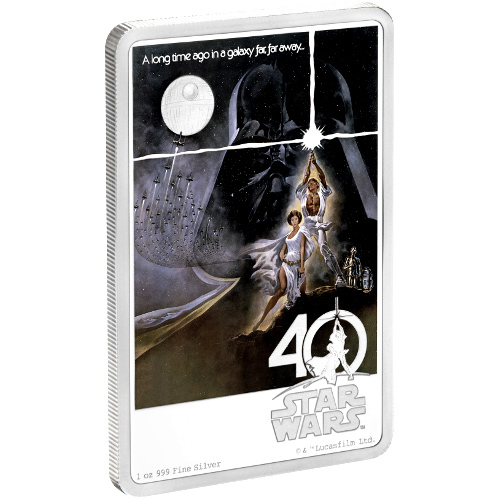 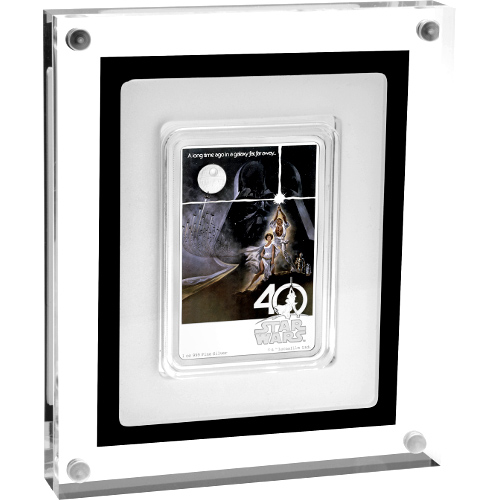 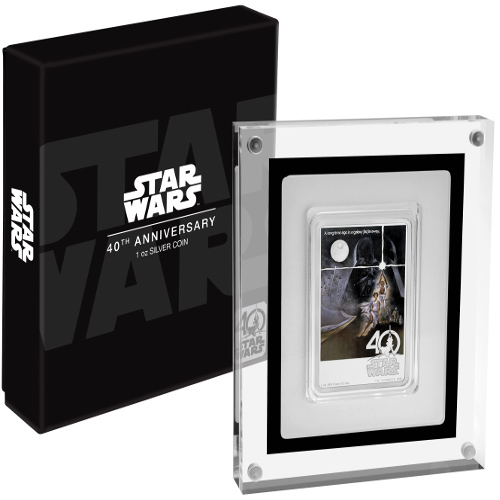 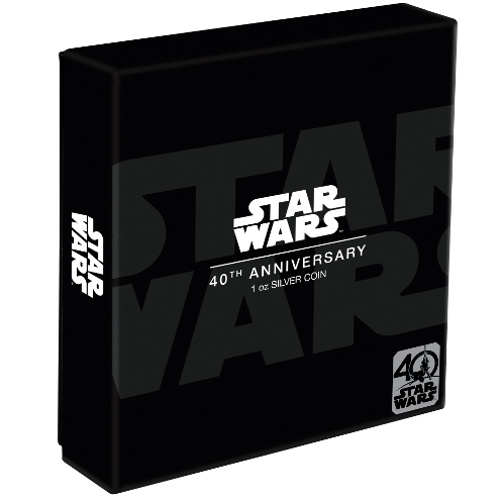 The science-fiction universe has long been dominated by two distinct franchises. Whether youre a fan of Star Trek or Star Wars, most would agree that the competing franchises have stood the test of time while attracting younger generations. The New Zealand Mint has an all-new Star Wars-themed coin out for the 40th anniversary of the films debut. The 2017 1 oz Niue Silver Star Wars 40th Anniversary Rectangular Coin is now available to you online from JM Bullion.

On May 25, 1977, Star Wars made its theatrical debut in the United States. The film became an instant force in pop culture in North America and around the world, combining ground-breaking special effects with an engaging storyline that whisked viewers into a fantastical world far, far away.

During its original debut, Star Wars earned 10 Oscar nominations in 1978 and went on to win seven. Today, the original trilogy has spawned a prequel trilogy at the turn of the 21st century, and now a subsequent sequel trilogy arriving in theaters throughout the mid-2010s. These 40th Anniversary silver coins are a unique option for anyone looking to buy silver.

On the obverse of each Star Wars 40th Anniversary Coin youll find the familiar right-profile portrait of Queen Elizabeth II. Her Majestys effigy is featured on the obverse of all British and commonwealth coins, with this particular image from Ian Rank-Broadley created in 1998 as the fourth-generation depiction of the Queen.

The reverse of the 2017 1 oz Niue Silver Star Wars 40th Anniversary Rectangular Coin includes a brilliant combination of proof colorization and silver engraving. It features images of the films main protagonists, along with an engraving of A long time ago in a galaxy far, far away. Each coin has a unique rectangular shape that is sure to add value to your existing silver coin collection.

All 2017 1 oz Niue Silver Star Wars 40th Anniversary Coin ships inside of a clear, Perspex holder with a frame designed to allow for easy display. The Certificate of Authenticity is included inside of the packaging, and all items feature stylized and branded imagery for the 40th anniversary.

We encourage all JM Bullion customers to contact us with questions. You can connect with us at 800-276-6508, on the web using our live chat, and via our email address.