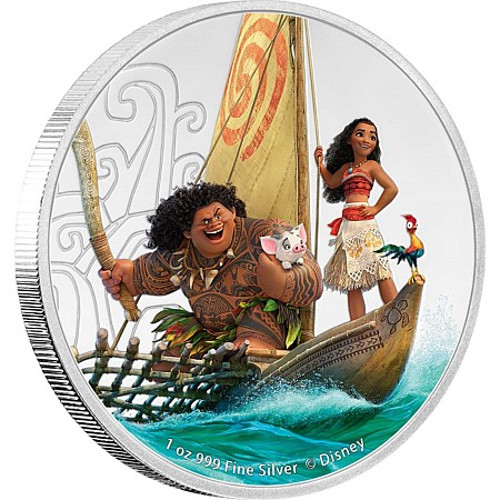 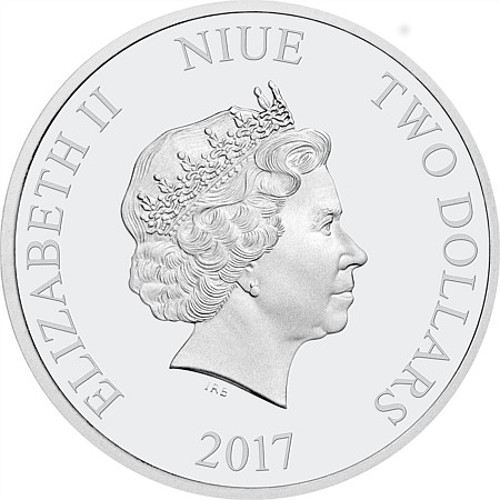 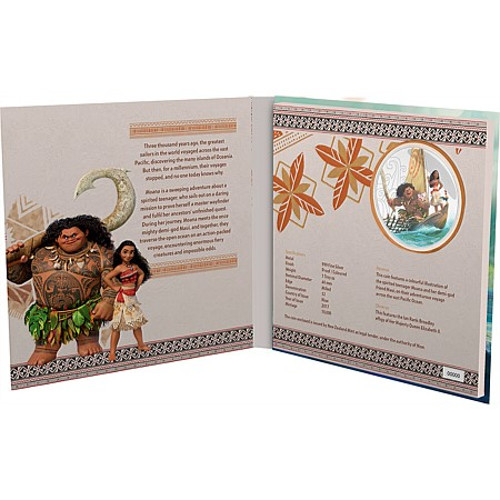 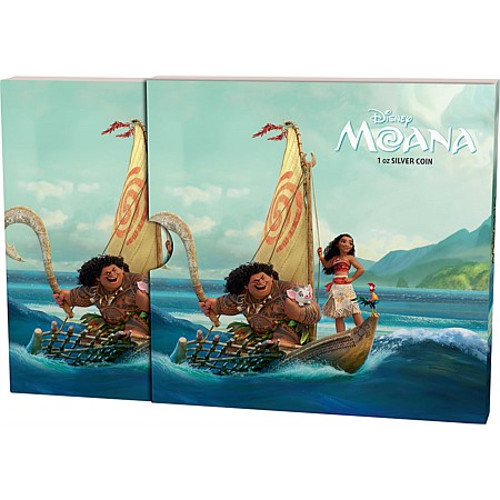 The Disney coin collection from the New Zealand Mint is a popular product lineup of gold and silver coins featuring characters from modern Disney films. While many side collections exist focusing on specific films or character groups, such as princesses, the general grouping features modern characters from new films, such as the soon-to-be released Moana. Right now, the 2017 1 oz Niue Silver Disney Moana Coin is available from JM Bullion.

In the newest Disney film to be released, the franchise travels to the Oceania region of the world to follow the epic journey of Moana and Maui. In the film, Moana sets out on a journey across the Pacific Ocean to prove to her people that shes a master wayfinder just like her ancestors. She encounters the demi-god Maui during her travels, and together they face the open ocean in a voyage that sees them cross paths with fiery creatures and the potential for harm.

Each of the 2017 1 oz Niue Silver Disney Moana Coins in this product listing is a beautiful, colorized proof specimen that ships to you inside of a Disney storybook-style collectible box. All coins from this release feature an individually numbered Certificate of Authenticity to verify the quality and content of your purchase.

On the obverse of all coins in this collection youll find the right-profile image of Queen Elizabeth II. Her Majestys effigy appears on all commonwealth coinage, and this particular design was created in 1998 by Ian Rank-Broadley. This is the fourth-generation portrait of the Queen to feature on commonwealth coins since 1952.

The reverse of the 2017 1 oz Niue Silver Disney Moana coin includes the colorized image of Moana and Maui as they sail across the Pacific on their ancient craft. The scenes depicted come straight from the film and includes colorization to bring the coins design and imagery to life for the viewer.

The New Zealand Mint is the only operating mint in New Zealand, and is a privately-owned company. It strikes a variety of coins for South Pacific nations and collectors around the globe, but does not have an affiliation with the government nor does it strike official New Zealand currency.

If you have any questions, please dont hesitate to ask. JM Bullion associates are available at 800-276-6508. You can also connect with us online through our live web chat and email features.