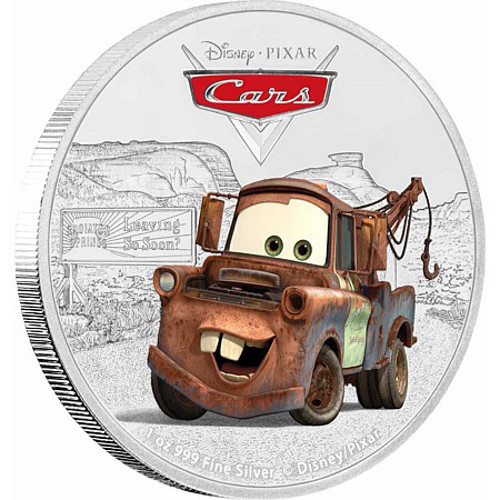 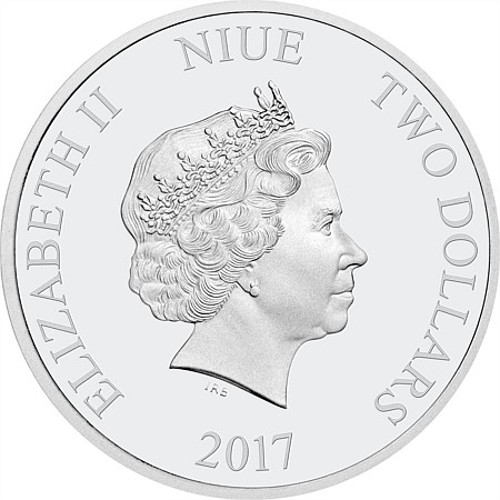 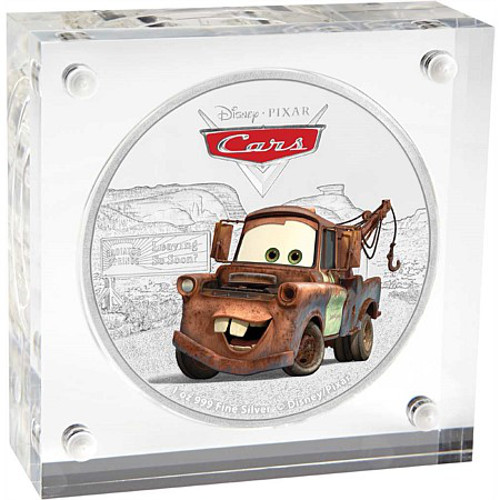 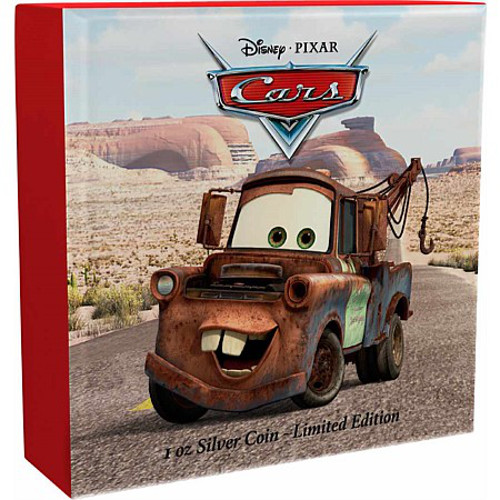 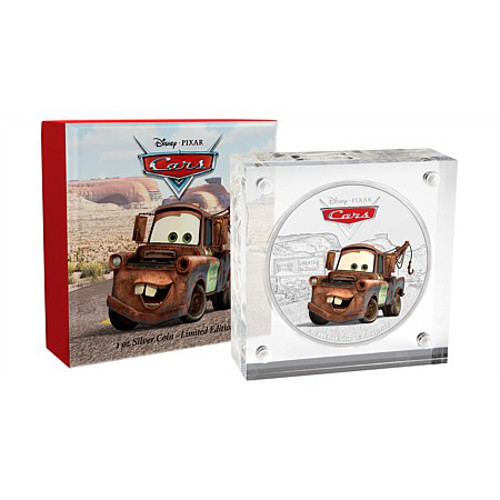 Hes rusty, not that bright, and sometimes a nuisance, but if theres one thing that never happens to Tow Mater, its that he doesnt leak oil. Never. The new Disney-Pixar Cars collection of silver coins from the New Zealand Mint launched with the lovebirds Lightning McQueen and Sally, and continues with everyones favorite, lovable tow truck. Right now, the 2017 1 oz Niue Silver Disney Cars Tow Mater Proof Coin is available to purchase online from JM Bullion.

Each of the 2017 1 oz Niue Silver Disney Cars Tow Mater Proof Coins in this product listing arrives inside of a Perspex coin case and includes a themed outer packaging that bears the reverse design of Tow Mater from the Disney-Pixar coin series. Your coin also arrives with an individually numbered Certificate of Authenticity.

Voiced by comedian and actor Larry the Cable Guy, Tow Mater is the local tow truck servicing the people of Radiator Springs in the animated film Cars. Tow Mater one the hearts of viewers for his hijinks, affable character traits, and his lack of greater intelligence. A fiercely loyal friend of Lightning McQueen, it took some time for Maters antics to win over the hotrod.

On the obverse of each Two Mater Proof Silver Coin youll find the image of Queen Elizabeth II. Her Majestys effigy appears on the obverse of all coins from the New Zealand Mint, and this right-profile portrait was created in 1998 by Ian Rank-Broadley as the fourth-generation image for British and commonwealth coinage.

The reverse of the 2017 1 oz Niue Silver Disney Cars Tow Mater Proof Coin is the colorized image of Tow Mater. His rusty-brown colorization is no mistake, as Mater takes pride in every single dent his frame has picked up over the years. For him, each dent is a special memory of good times.

Disney-Pixar collection coins feature many options from the numerous animated films created by the two companies. Already available in the Cars series are Lightning McQueen and Sally, with Doc Hudson soon to follow the release of 2017 Tow Mater Proof Silver Coins.

If you have any questions, please dont hesitate to ask. JM Bullion customer service is available at 800-276-6508, online using our live chat, and via our email address. You can even visit our website for the latest silver prices!