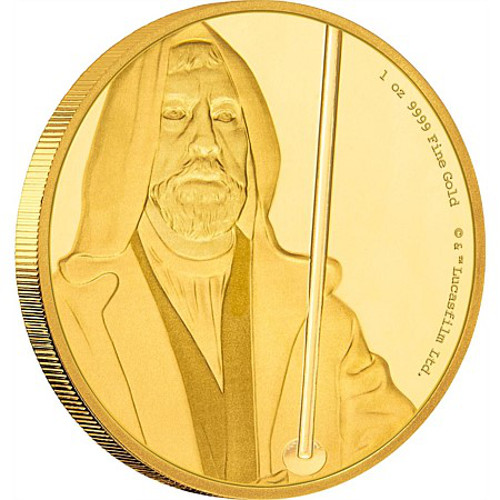 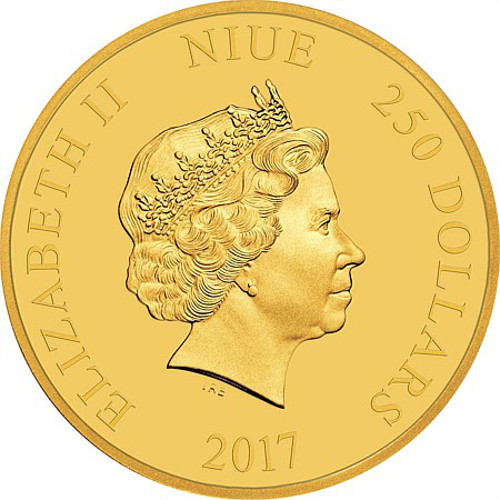 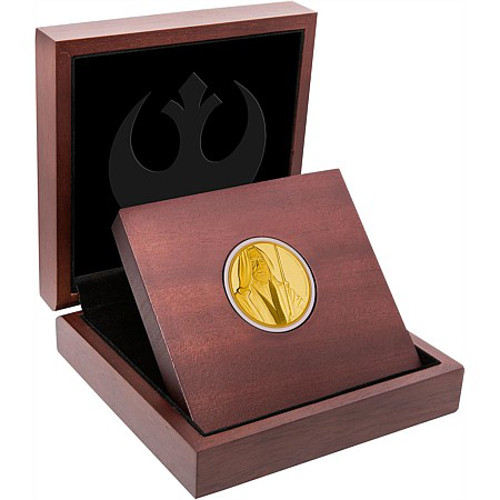 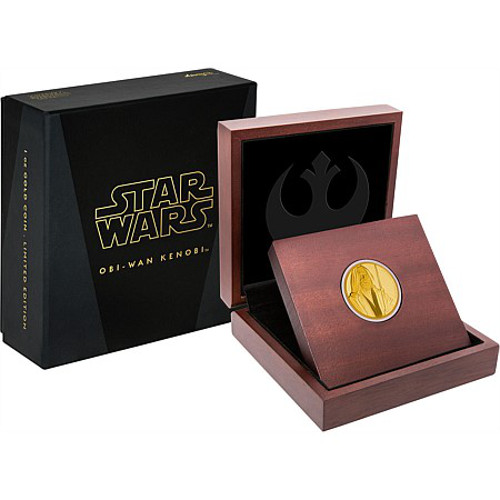 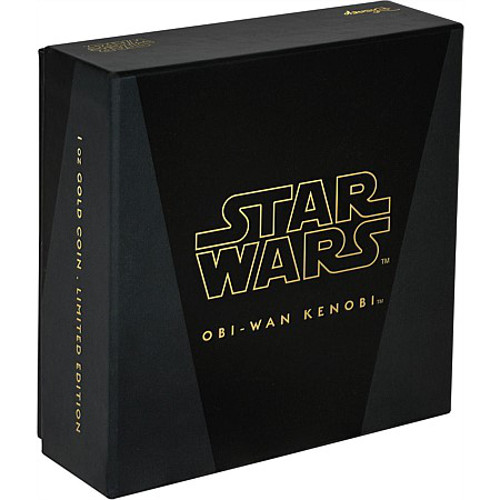 When the first scenes of Star Wars unfolded in theaters in the 1970s, Obi-Wan Kenobi was introduced to the world as a hermit going by the name Ben Kenobi on the desert planet of Tatooine. Far from a simple hermit, Star Wars fans would come to know the true power of this man very quickly. Right now, the 2017 1 oz Niue Gold Star Wars Obi-Wan Kenobi Coin is available from JM Bullion.

In the Classic Collection, the characters that a generation of moviegoers fell in love with appear on the reverse of silver and gold coins from the New Zealand Mint. Obi-Wan is the sixth release in this particular series, following Darth Vader, Han Solo, Yoda, R2-D2, and Princess Leia. Obi-Wan coins are also available as 1 oz silver and oz gold options.

The reverse of the 2017 1 oz Niue Gold Star Wars Obi-Wan Kenobi Coin is the image of Kenobi as he prepares for battle against Darth Vader. He joined Luke on a mission to infiltrate the Death Star early in the original franchise, meeting his former apprentice in a battle of good and evil sides of the Force.

On the obverse of the Star Wars Gold Classic Collection coins youll find the image of Queen Elizabeth II. This right-profile portrait of the Queen has appeared on the obverse of all commonwealth coins since Ian Rank-Broadley designed it in 1998 as the fourth-generation depiction of Her Majesty.

New Zealand Mint is a private minting facility located in the city of Auckland. The private company handles production of bullion coinage for many South Pacific nations, but does not work with the government of New Zealand on official currency or bullion for its namesake nation.

If you have any questions, please dont hesitate to ask. JM Bullion associates are available at 800-276-6508, online through our live web chat, and via our email address.