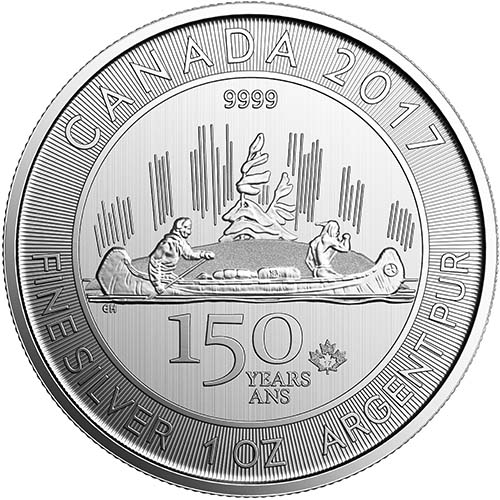 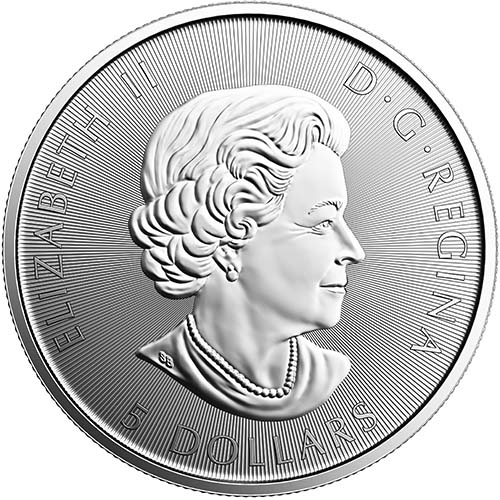 As Canada continues to celebrate the 150th anniversary in 2017 of its confederation movement, the Royal Canadian Mint pushes forward with the release of more gold and silver coin designs bearing iconic imagery from the nations history. In one of the most recent releases youll find the first-ever silver dollar circulation coin design back on gold and silver bullion coins. The 2017 1 oz Canadian Silver Voyageur 150th Anniversary Coin is available to you today online from JM Bullion.

In 1935 the Royal Canadian Mint released its first-ever silver dollar coin into circulation. It was done in honor of King George Vs Silver Jubilee as the King of England. King George V was the grandson of Queen Victoria and would only serve on the throne for another year after his silver jubilee before his death in 1936.

The Voyageur Coin honors not just King George V, but also features a design that honors the very founding economic roots of Canada. The fur trade between First Nation tribes and European explorers led to increased interest in the vast natural resources of the North American continent as a whole, including Canada.

On the reverse of the 2017 1 oz Canadian Silver Voyageur 150th Anniversary Coin youll find that Voyageur design from the first-ever silver dollar beautifully recreated. It depicts a European trader paddling a canoe downstream as a First Nation tribal member serves as his guide in the bow of the boat.

The obverse of all Canadian Silver Voyageur Coins in this listing includes the effigy of Queen Elizabeth II. Her Majestys effigy has appeared on British and commonwealth coinage since her ascension to the throne and this particular design is a result of work from Susanna Blunt in 2003.

Each 2017 1 oz Canadian Silver Voyageur 150th Anniversary Coin listed here is in BU condition. Coins in this condition have no signs of wear and tear, though you may notice other visual flaws. There is the potential for breaks in the luster, spotted surfaces, and contact marks from the striking of blanks at the mint.

All Canadian coinage is produced by the Royal Canadian Mint. Founded in 1908 in Ottawa, the federal capital, today the RCM has a second facility it uses in the city of Winnipeg.

Richard from MI - November 04, 2017
"Beautiful, Beautiful Coin. This coin looks even better than the pictures."