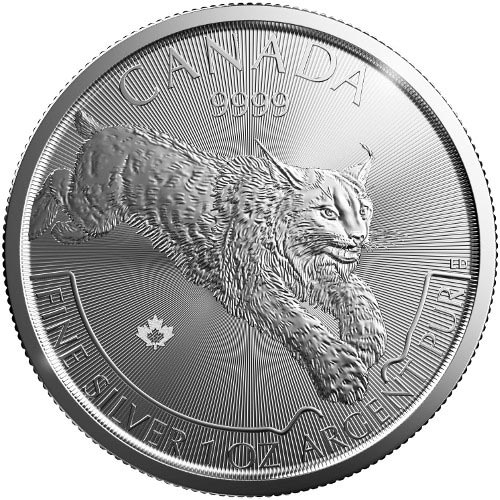 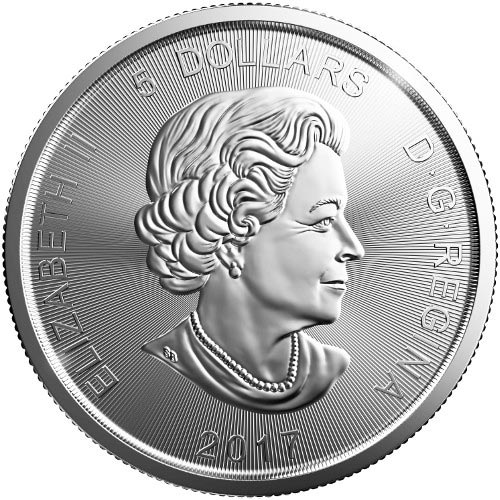 The second release of the Predator Series of silver coins from the Royal Canadian Mint has arrived, and another of the nation’s wild feline species is on display in this beautiful program of collectible silver coins. The 2017 1 oz Canadian Silver Lynx Predator Series Coin is available for purchase now from JM Bullion.

The Royal Canadian Mint introduced the all-new Predator Series of silver bullion coins at the World Money Fair in Berlin, Germany in February 2016. The RCM plans to introduce a total of four coins in the series, with each new design celebrating one of the nation’s many iconic predators.

Damstra will design all of the images used in the Silver Predator Series of coins from the Royal Canadian Mint. She made a splash designing Royal Canadian Mint coins in 2013 when she took over the design of Canadian Wildlife Series coins. The final two coins in that six-coin series were created by Damstra, and so beloved that Damstra was tapped to create the designs for the four-coin Birds of Prey Series.

On the obverse of the 2017 1 oz Canadian Silver Lynx Predator Series Coin is the image of Queen Elizabeth II, created by Susanna Blunt. This 2003 depiction is encircled by engravings of her name, the coin’s face value, the phrase “D.G. Regina,” and the year of issue for the coin.

The reverse of the coins includes the all-new design of a Lynx from Damstra. It depicts the elusive medium-sized cat as it prepares to pounce on one of its potential victims. Engravings include the nation of issue, purity, metal content, and weight of the coin.

All 2017 1 oz Canadian Silver Lynx Predator Series Coins in this JM Bullion listing are available in BU condition. Coins in BU condition show no signs of wear and tear, though you are bound to notice minor flaws such as breaks in the luster, spotted surfaces, and contact marks as a result of the production process at the mint.

Founded in 1908, the Royal Canadian Mint quickly became one of the world’s foremost refiners of precious metals. Today it operates facilities in Winnipeg and Ottawa.

We encourage JM Bullion customers to contact us with questions at 800-276-6508. You can also reach out to us online using our live chat and email address, and don’t forget to check spot silver prices on our website!

Christopher from - September 21, 2019
"The detail on the Lynx is incredible! Another great coin from JM Bullion."

Bradley from WA - September 21, 2017
"Beautiful Coin, nice detail, As always JM is a safe and easy way to buy bullion"