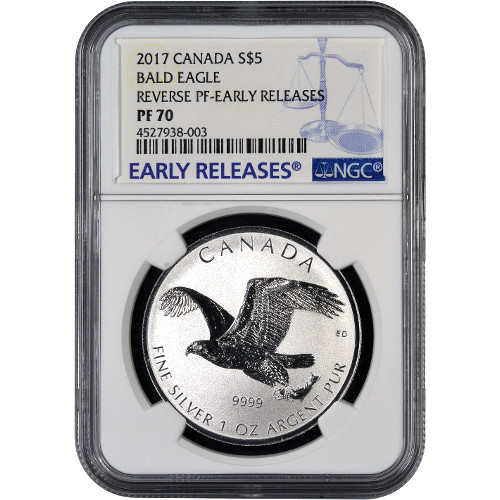 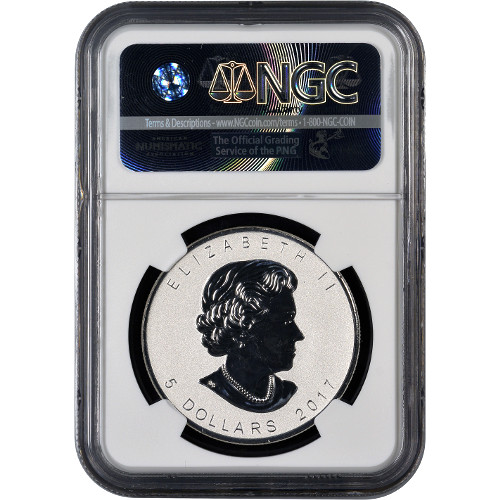 The bald eagle is often associated most closely with the United States as it is the official emblem of the nation, but this beautiful bird species is found throughout the North American continent from northern Mexico into the upper reaches of Canada. The Silver Bald Eagle coin is one of the many coins available to those looking to buy silver from the Royal Canadian Mint. Today, the 2017 1 oz Canadian Silver Bald Eagle Reverse Proof Coin is available to you from JM Bullion.

Despite the name, bald eagles are not actually bald. The use of the name bald eagle is derived from an older usage of the term to refer to someone who was white headed. The bald eagle appeared in the original Birds of Prey Series from the Royal Canadian Mint, and now reappears on the reverse proof striking of Birds of Prey designs on the 2017 1 oz Silver Canadian Bald Eagle Coin.

As a reverse proof, these specimens have a finish that is opposite the standard proof. On these coins youll find the mirrored finish on the design sets on both sides, while the background field boasts a strong, frosted finish.

The 2017 Canadian Silver Bald Eagle coins in this listing have a perfect certification from the NGC. Coins with a PF70 grade exhibit full, original mint luster and lack all detracting flaws on the surface areas.

On the reverse of the 2017 1 oz Canadian Silver Bald Eagle Reverse Proof Coin youll find the image of the bald eagle. The bald eagle is an opportunistic feeder that lives primarily on fish captured by swooping down and snatching them from the water.

Please direct your questions to a JM Bullion customer service associate at 800-276-6508, chat with us live online, or simply send us an email.