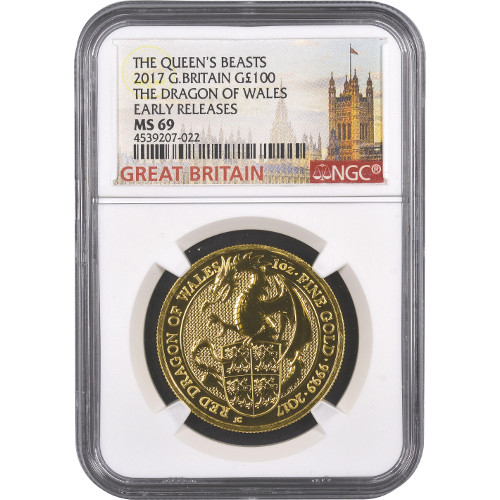 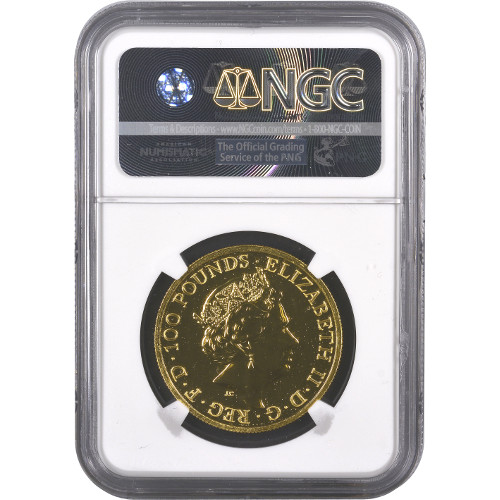 The latest coin series from the Royal Mint in England is the new Queens Beasts coin series. Featuring both gold and silver versions with each new release, there will be a total of 10 coin designs in this upcoming series. The latest of these is the Red Dragon of Wales. Today, the 2017 1 oz British Gold Queens Beast Dragon Coin is available to you online from JM Bullion in near-perfect condition!

The Red Dragon of Wales is the third design release in the Queens Beast collection of silver and gold coins. The red dragon was a badge originally used by Owen Tudor, and is based upon the story of the dragon on Llewelyn the Lasts castle grounds. Henry VII took on the symbol in a nod to his supposed descent from the Cadwaladr.

All 2017 1 oz British Gold Queens Beast Dragon Coins in this listing are in near-perfect condition. A coin with a Mint State 69 grade from the NGC features full, original mint luster with a maximum of two minor detracting flaws. Youll notice minor flaws limited to miniscule hairlines or contact marks.

The Early Release designation for NGC coins indicates they arrived within a certain time frame for grading at the NGC. The coins must arrive at the NGC or an approved third-party depository within the first 30 days of the release set by the Royal Mint.

Please dont hesitate to reach out to JM Bullion with questions. Our customer service team is available at 800-276-6508, on the web using our live chat feature, and via our email address. You can also visit our homepage to find the latest gold prices.