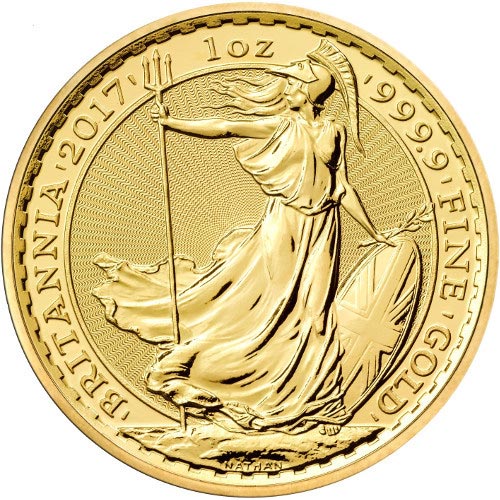 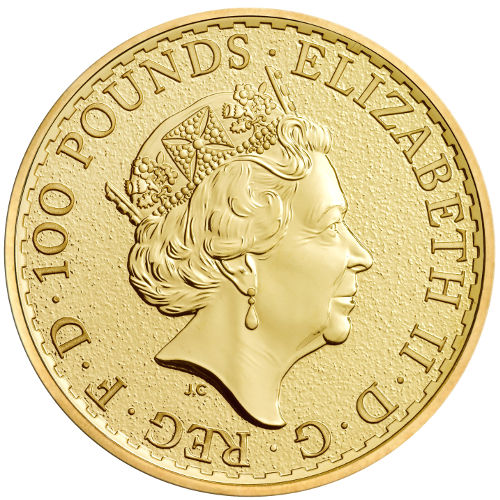 The symbolism of Britannia has stuck with the British people for more than two thousand years. Originally a term used to label the islands as a province of the Roman Empire two thousand years ago, Britannia came to mean something much more to its inhabitants. Today, the 2017 1 oz British Gold Britannia Coin is available to purchase from JM Bullion.

Britannia became more than just a name, a term, to the British people. In the days following Roman conquest of the island, the name came to be associated with a goddess responsible for protecting the island. With a trident in one hand she controlled the seas of the English Channel, keeping intruders at bay. In the other, a shield prepared her for battle against those who survived the crossing.

On the reverse of the 2017 1 oz British Gold Britannia Coin you’ll find the image of Britannia, which has featured on the coins unchanged for the last 30 years. Britannia originally featured on sovereign coins in the early 18th century at the formation of the United Kingdom between England and Scotland.

The obverse of all British Gold Britannia Coins includes the new fifth-generation depiction of Queen Elizabeth II. Her Majesty’s effigy was last updated in 1998 by Ian Rank-Broadley, but in 2015 the Royal Mint unveiled a new image of the Queen from 33-year-old Jody Clark, the youngest engraver and artist ever to complete her portrait.

All 2017 1 oz British Gold Britannia Coins in this listing are in BU condition. Coins in this condition show no signs of wear and tear, though you may notice minor flaws ranging from breaks in the luster and spotted surfaces to contact marks from striking the coins during the production process.

Britain’s Royal Mint originally formed in 886 for the first time as a singular entity. For the next 500 years, various mints handled the production of coins for the crown until the 16th century.

Please direct your questions to a JM Bullion associate at 800-276-6508, connect with us online using our live chat, or email us directly.