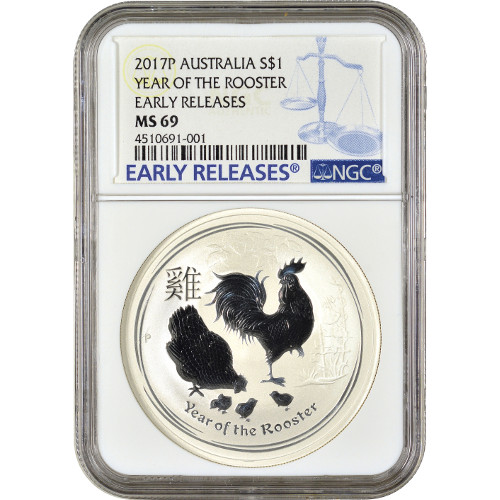 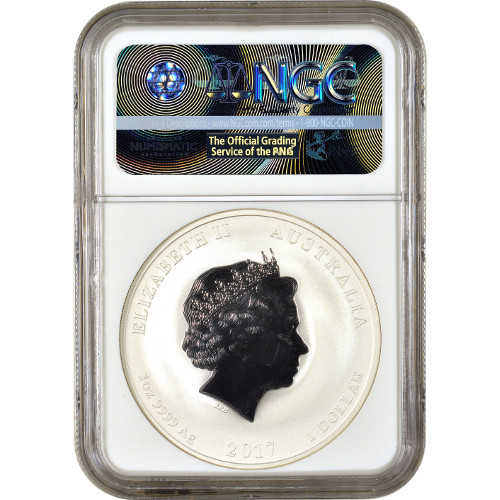 The Lunar Series II coin program from the Perth Mint is one of its most popular offerings, with impressive purity and immense variety in both design and coin weights. Only certification from one of the worlds top grading services could improve the value of these coins, and there are Lunar Series II Year of the Rooster coins now available with grades. Today, the 2017 1 oz Australian Silver Rooster Coin is available from JM Bullion in near-perfect condition.

Each of the 2017 1 oz Australian Silver Rooster Coins in this listing is a near-perfect product according to the NGC. Coins with an MS69 grade feature full, original mint luster and include a maximum of two minor detracting flaws such as miniscule hairlines or contact marks.

The Perth Mints Lunar Series II program is a 12-coin release featuring each of the animals from the Zodiac. This is the second series from the mint honoring the Chinese Lunar Calendar, with the first running from 1996 to 2007.

On the obverse of each Australian Silver Rooster coin youll find the familiar right-profile portrait of Queen Elizabeth II. Her Majestys image has appeared on Australian coinage since she ascended to the throne in 1952, and this particular design is a fourth-generation depiction created in 1998 by Ian Rank-Broadley.

The reverse features the unique Year of the Rooster design exclusive to the 2017 1 oz Australian Silver Rooster coin. This image depicts a rooster, standing on just one leg, alert and aware as a hen and three chicks search for food on the ground.

Australias Perth Mint is its oldest operating mint facility, and the only currently operating facility other than the sovereign Royal Australian Mint. Originally part of the British Royal Mint system, today it is owned by the government of the state of Western Australia and its coins enjoy legal tender status under the Currency Act of 1965.

Please direct your questions to JM Bullions customer service team. You can reach our associates at 800-276-6508, connect with us online through our live web chat, or simply send us an email.