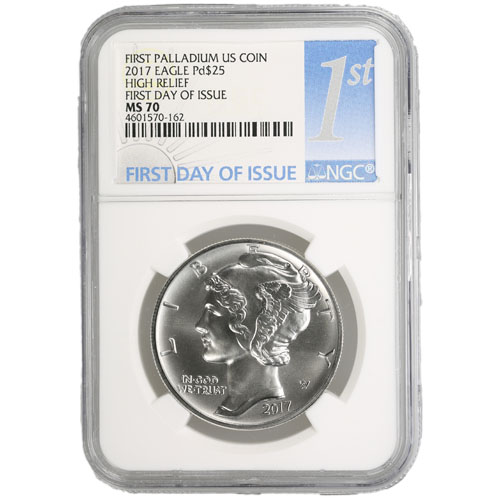 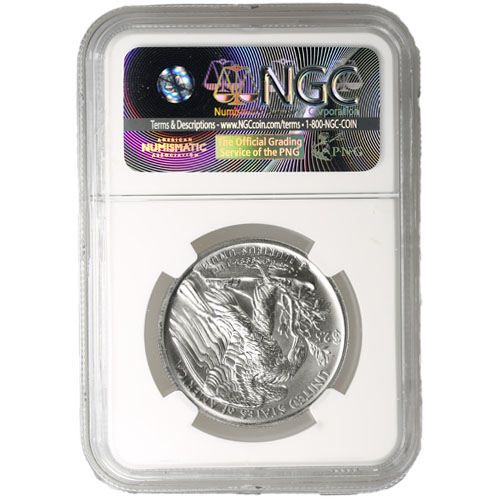 The American Palladium Eagles introduction in 2017 marks the first major expansion of the American Eagle series in more than two decades. The most recent expansion of the series included the addition of a burnished coin for the Silver Eagle and Gold Eagle in 2006. The last time a new metal was added was 1997 when the Platinum Eagle debuted. Today, 2017 1 oz American Palladium Eagle Coins are available to purchase online from JM Bullion in perfect condition!

Adolph A. Weinman was a busy designer during the revolutionary period in American coin design. During the first two decades of the 20th century, American coins were revitalized with new designs to reflect the nations growing power and prowess as an international player. Weinman was influential in two major coin designs.

His Walking Liberty design graced the fifty-cent piece from 1916 to 1947, and is now featured on the American Silver Eagle bullion coins. However, he also introduced Winged Liberty for the nations ten-cent piece. Known as the Mercury Dime, it was in circulation from 1916 to 1945. Today it is revitalized and placed on the all-new American Palladium Eagle.

Each 2017 1 oz American Palladium Eagle Coin in this listing earned a perfect certification from the NGC. Coins in Mint State 70 condition show full, original mint luster and lack all detracting flaws on the surfaces.

On the obverse of all American Palladium Eagle Coins is the image of Winged Liberty. Her left-profile portrait wearing a Phrygian cap with wings was often confused on the Winged Liberty Dime as the Roman messenger god Mercury, hence the common use of the term Mercury Dime to refer to those coins while in circulation.

The reverse of the 2017 1 oz American Palladium Eagle Coin includes the image of a bald eagle. Powerful and imposing, this design of the eagle perched atop a large branch with its wings back and ready for flight first appeared on a medal designed in high relief by Weinman in 1907.

Please feel free to contact JM Bullion with any questions. You can contact our customer service team at 800-276-6508, chat with us live online, or simply send us an email with your inquiries.