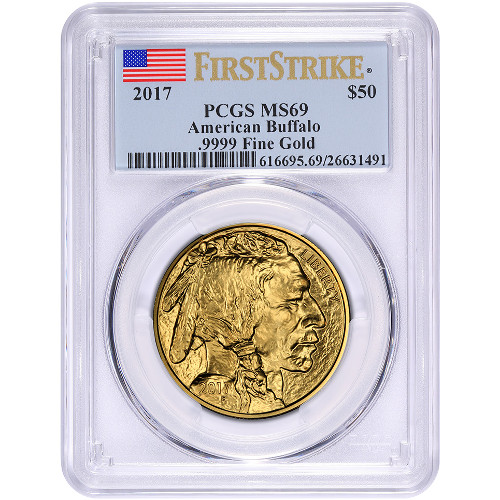 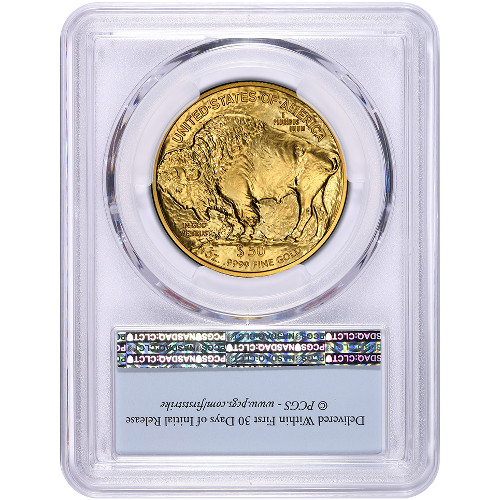 James Earle Fraser was a popular artists and sculptor in the United States during the first two decades of the 20th century. He had completed many private works of art before the United States Mint tasked him with redesigning the appearance of the nations five-cent piece. His iconic Buffalo Nickel design is alive today on the nations first-ever 24-karat gold coin. Today, the 2017 1 oz American Gold Buffalo Coin is available to you online from JM Bullion.

The 2017 1 oz American Gold Buffalo Coins listed by JM Bullion today are Mint State 69 specimens according to the PCGS. Coins in this condition exhibit full, original mint luster as well as two minor detracting flaws. Those flaws are limited to minuscule hairlines or contact marks, and found only outside of the primary focal areas.

In order to qualify as First Strike coins, these American Gold Buffalo coins had to arrive at the PCGS or an approved third-party depository within the first 30 days of the US Mints 2017 issue date for the Gold Buffalo.

On the obverse of the 2017 1 oz American Gold Buffalo coin is the image of a Native American chieftain, captured in right-profile relief. Fraser’s design debuted on the Buffalo Nickel in 1913, and remained in use until 1938.

The reverse of the 2017 1 oz American Gold Buffalo coin includes the image of Black Diamond. Though not an exact replication, Fraser’s left-profile depiction of an American bison was inspired by Black Diamond, a resident buffalo at New York City’s Central Park Zoo in the early 20th century.

Please dont hesitate to reach out to JM Bullion. Our customer service associates are available at 800-276-6508, or you can connect with us online using our live chat and email features.