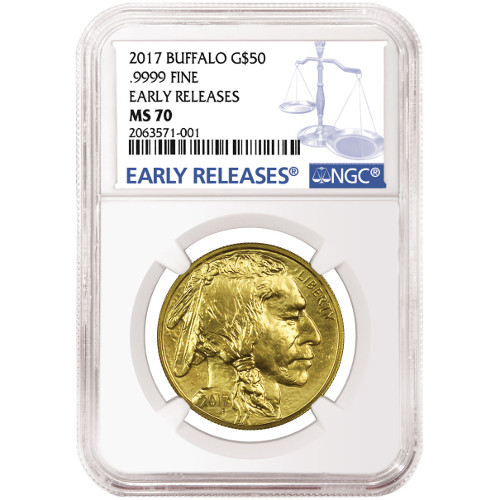 American Gold Buffalo coins debuted in 2006 as the first-ever release of 24-karat gold coins from the United States Mint. The coins were initially available in bullion and proof versions, with talk of expanding the lineup to include fractional weight coins. Only the proof program has since had reliable production of fractional weight coins however.

All 2017 1 oz American Gold Buffalo Coins listed here today are perfect specimens according to the NGC. Coins with an MS70 grade feature full, original mint luster and bear no detracting flaws of any kind. As Early Release coins, these arrived at the NGC for certification within the first 30 days of the issue date for 2017 Gold Buffalos set by the United States Mint.