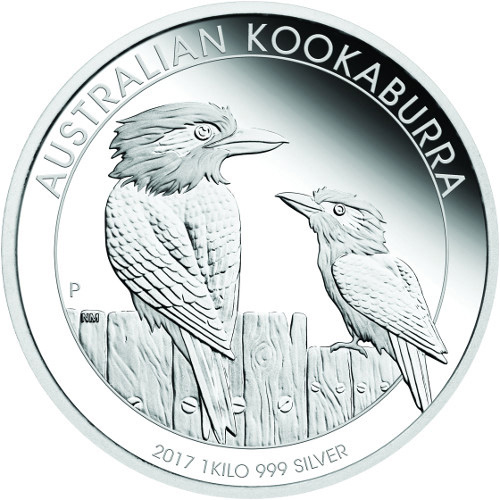 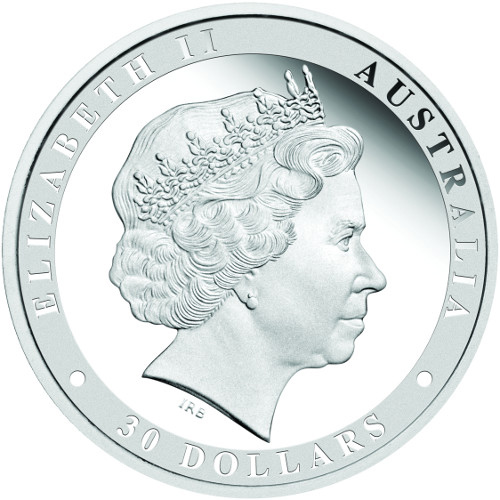 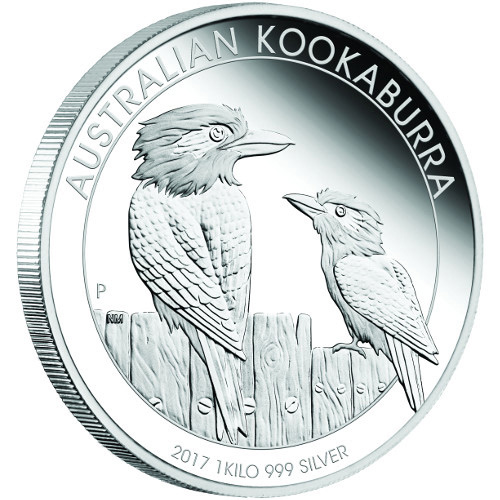 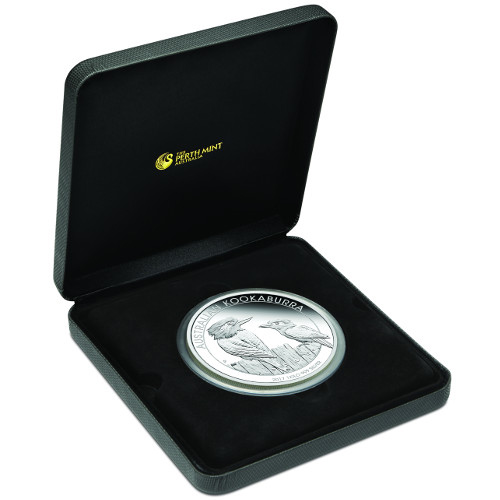 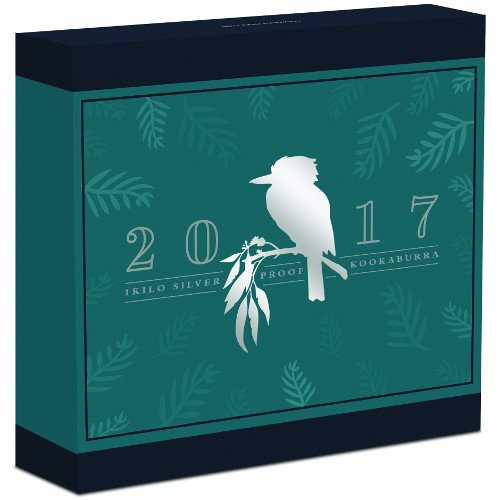 The Perth Mints most popular coin releases are the annual silver and gold coins that celebrate the animals found natively on the continent. In particular, the series that are most popular are those which feature notable Australian animals, such as the kangaroo, koala, and kookaburra. The 2017 1 Kilo Proof Australian Silver Kookaburra Coin is available to you today online from JM Bullion.

The kookaburra is the largest member of the kingfisher species of birds, and is exclusively found on the Australian continent. Found from coast to coast, these birds are notable for their wild call which sounds humorously similar to the laughter of human beings.

The reverse of the 2017 Australian Silver Kookaburra coin includes a brand-new image. There are two kookaburra birds sitting on a wooden fence, with intricate designs that showcase even flat-head screws in the wooden boards of the fence.

On the obverse of all 2017 1 Kilo Proof Australian Silver Kookaburra coins youll find the image of Queen Elizabeth II. Created in 1998 by Ian Rank-Broadley, this design is the fourth-generation depiction of Her Majesty since 1952 to appear on commonwealth and British coinage.

Each of the Proof Australian Silver Kookaburra Coins available here today ships to you inside of the Perth Mints famous black box, which offers protection during shipping and a means of displaying your coin. That box ships inside of a Kookaburra-themed presentation package, and includes a numbered Certificate of Authenticity.

The Perth Mint is located in the city of Perth, Western Australia. Founded in 1899 as the third and final Royal Mint system, the Perth Mint is the oldest operating facility in the country and briefly served alongside the Melbourne Mint as one of the primary mints in the country prior to the founding of the Royal Australian Mint in 1965.

We encourage all JM Bullion customers to contact us with questions. You can reach us on the phone at 800-276-6508, on the web using our live chat feature, and via our email address.