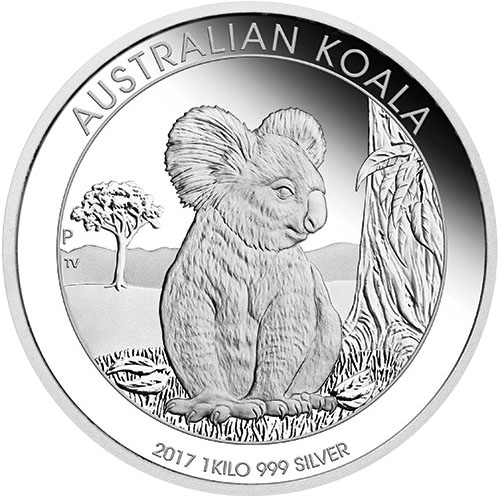 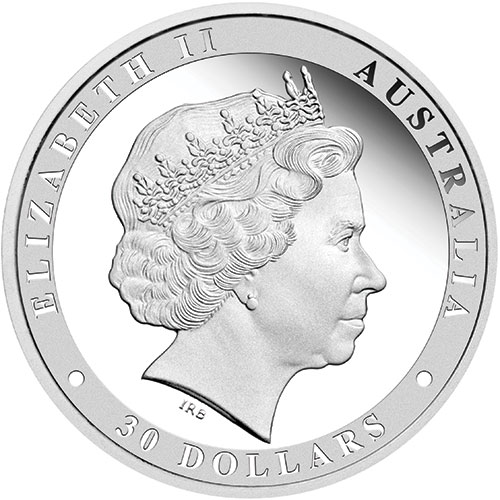 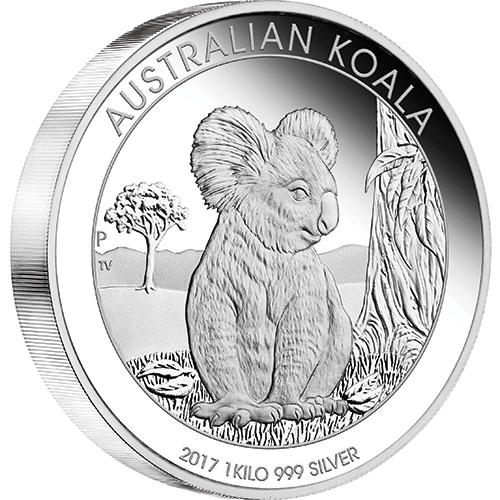 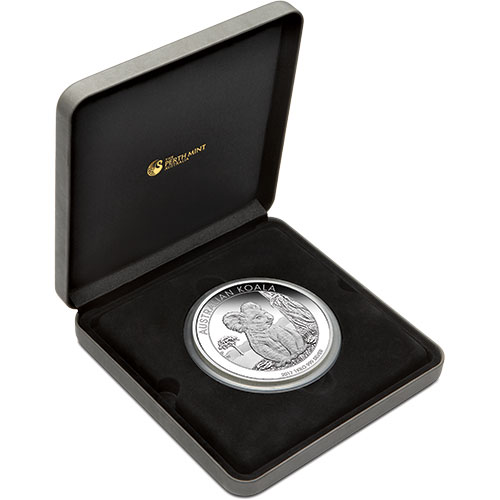 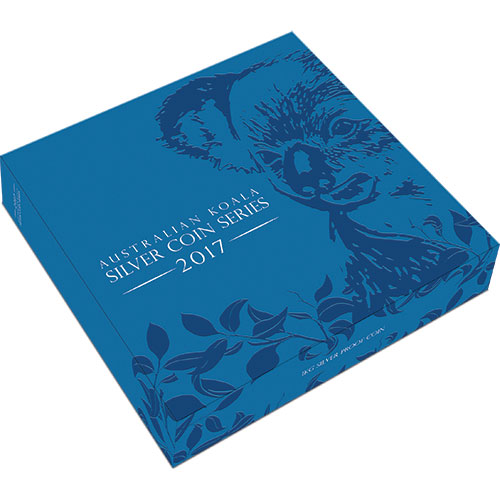 The Australian Silver Koala is one of the Perth Mints most coveted silver coins for sale. These annual-release coins are available with a new reverse design each year and often feature varying size options in both bullion and proof versions. Today, the 2017 1 Kilo Proof Australian Silver Koala Coin is yours to purchase online from JM Bullion.

Koalas are one of a handful of marsupial species native to the Australian continent, and not found in the wilds anywhere else on planet Earth. The Koala is often mistakenly referred to as the Koala bear, despite the fact that it is a marsupial.

The Perth Mint introduced the Australian Koala coin series in 2007, and it routinely features both silver and gold versions of the coin. In both metals the mint will strike bullion and proof versions, with weights varying from year to year.

Each of the 2017 1 Kilo Proof Australian Silver Koala Coins in this listing arrives inside the Perth Mints iconic black clamshell. The box containing the coin ships to you inside of a blue, Koala-themed shipper and features an individually numbered Certificate of Authenticity along with purchase.

The obverse of all Australian Silver Koala coins includes the right-profile effigy of Queen Elizabeth II. Her Majestys portrait is featured on all Australian coinage, and this particular version is the fourth-generation depiction of the Queen created in 1998 by Ian Rank-Broadley.

On the reverse of the 2017 1 Kilo Proof Australian Silver Koala Coin youll find the image of an adult koala as it sits at the base of a tree. Over its right shoulder youll notice the shadow of mountains in the far background, with a long tree in the middle ground of the design field. Engravings include the name of the coin series, year of issue, weight, purity, and metal content around the design field.

The Perth Mint is Australias oldest operating mint facility. Opened in 1899 as the third and final Royal Mint system, it served as a primary mint for the nation during its transition from British colony to independent nation during the 20th century. Today it is owned by the state government of Western Australia and is separate of the Royal Australian Mint in Canberra.

Please feel free to reach out to JM Bullion with questions. You can reach us at 800-276-6508, or connect with us online using our live chat and email features.