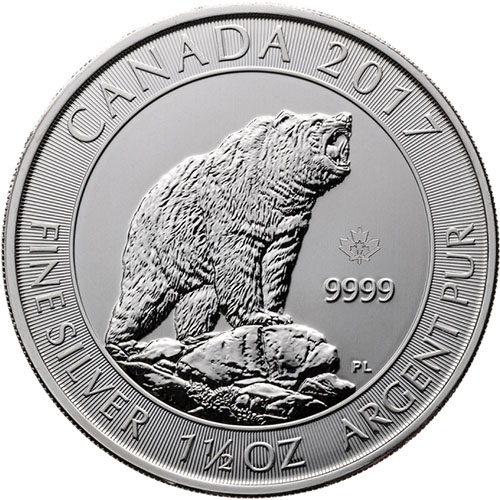 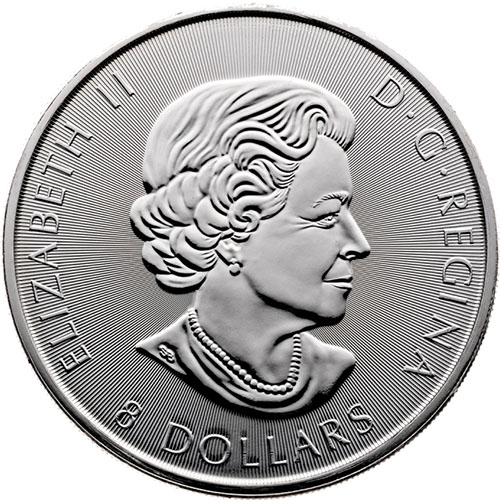 The grizzly bear is the largest and most fearsome predatory mammal on the North American continent. Found throughout the United States and Canada, the grizzly is an animal that should not be messed with or underestimated. Appearing on various Canadian silver coins, today the grizzly bear comes to the popular 1.5 Troy oz coins from the Royal Canadian Mint. Right now, 2017 1.5 oz Canadian Grizzly Bear Silver Coins are available to purchase online from JM Bullion.

Each of the 2017 1.5 oz Canadian Grizzly Bear Silver Coins available here today marks the sixth release in the Royal Canadian Mints popular 1.5 oz silver series. Other designs to have featured in the collection include the White Falcon (2016), Polar Bear & Cub (2015), and the Arctic Fox (2013).

Grizzly bears consists of a large subspecies of brown bears that inhabit North America. The term grizzly bear is rarely used by scientists, who simply refer to the bears by their species as North American brown bears. The grizzly is found throughout North America, from northern reaches of Mexico (formerly) to the Great Alaska Range and Canadian Rockies.

The reverse of the 2017 1.5 oz Canadian Grizzly Bear Silver Coin features the image of a large grizzly bear standing on a rocky outcrop as it unleashes a fearsome roar from its jaws. This design comes from Pierre LeDuc and includes the Royal Canadian Mints latest anti-counterfeiting measures. These include the maple leaf, micro-engraved privy mark and the radial lines.

On the obverse of the Canadian Grizzly Bear Silver Coin is the effigy of Queen Elizabeth II. Her Majesty is featured here in right-profile relief. This is the fourth-generation portrait for Canadian coinage and was created by Susanna Blunt in 2003.

The Royal Canadian Mint was founded in 1908 to process gold and silver discovered in the Yukon Territories at the turn of the century, as well as provide the nation with independent coinage from Britains Royal Mint.