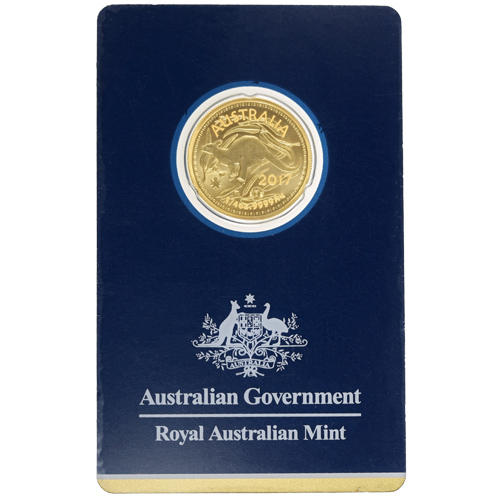 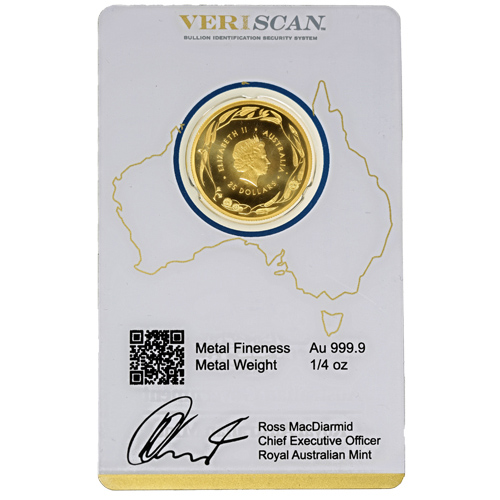 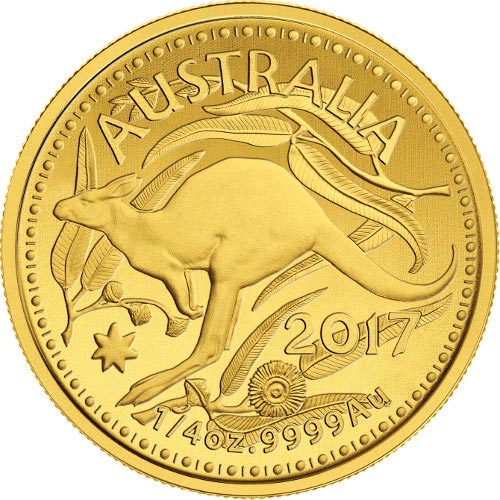 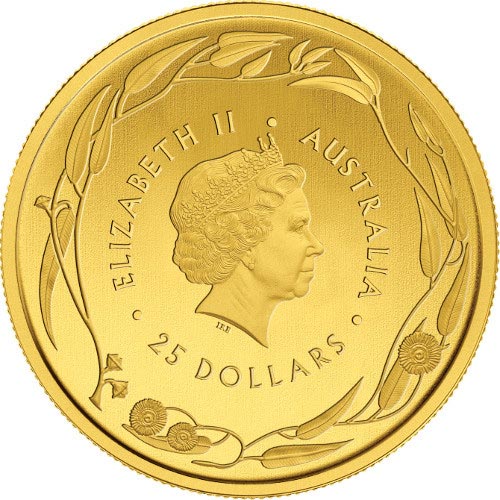 Australia first introduced its own copper pennies in 1911, with a reverse design featuring the commonwealth of Australia design and King George Vs portrait on the obverse. Beginning in 1938, the kangaroo and commonwealth star of Australia came to the reverse, and stayed there until 1964 when the nation transitioned away from British Pound currency.

On the reverse of these 2017 oz Royal Australian Mint Gold Kangaroo Coins youll find that original copper penny design. It has been upgraded now to feature the image of the same kangaroo, hopping across the Outback, along with the star of the commonwealth. Included in this new design are the leaves and branches of the Tasmanian Blue Gum.

The obverse of the Royal Australian Mint Gold Kangaroo includes the portrait of Queen Elizabeth II. Her Majestys effigy appears on all Australian coinage, and this depiction comes from Ian Rank-Broadley in 1998. It is the fourth-generation image of the longest reigning monarch of Britain.

Each 2017 oz Royal Australian Mint Gold Kangaroo listed here is in BU condition. Coins in BU condition have no signs of wear and tear, however you may notice minor flaws that include breaks in the luster, spotted surfaces, or contact marks from striking during the production process.

The Royal Australian Mint was established with passage of the Currency Act of 1965, though planning had started as early as 1959. Located in the federal capital city of Canberra, it is the nations official sovereign mint and only operating mint other than the Perth Mint, a state-owned entity of Western Australia.

We encourage all JM Bullion shoppers to contact us with questions. You can reach out to our customer service team on the phone at 800-276-6508, connect with us online using our live web chat service, or feel free to send us an email.