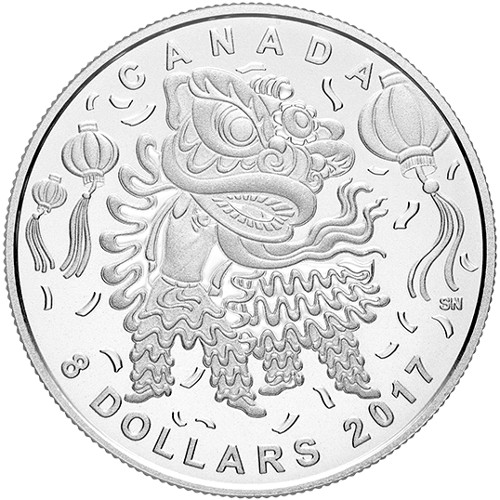 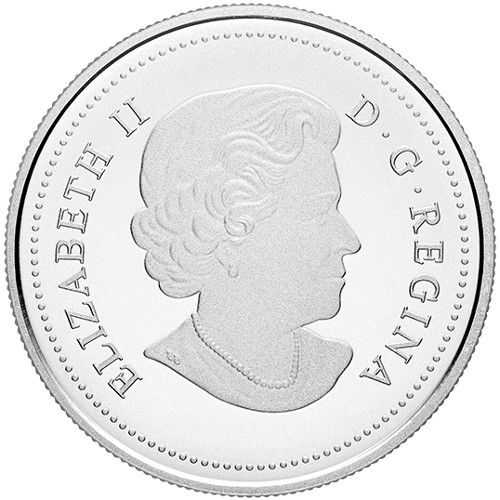 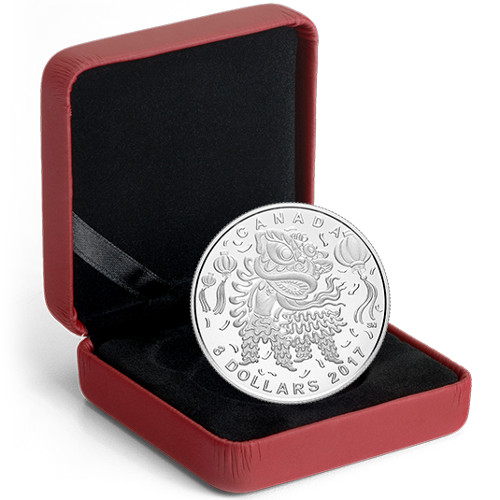 January 28th marks the start of the new Lunar Year on the Chinese calendar, and Chinese communities around the globe celebrate this date known as the Spring Festival each year with a large celebration. Central to this is the celebration of the lion dance. Right now, the 2017 oz Proof Canadian Silver Lion Dance Coin is available to purchase online from JM Bullion.

Each of the 2017 oz Proof Canadian Silver Lion Dance coins in this product listing ships to you inside of the Royal Canadian Mints iconic maroon clamshell, offering both the perfect protection for the coin and a great means of displaying your new proof silver product. Included with each coin is a numbered Certificate of Authenticity.

The Spring Festival is known in Mandarin as Chun-jie, and is the most important celebration of the year in Chinese culture. Its a time of rebirth that brings together entire communities who seek the blessings of heaven. The requests for a prosperous and harmonious year are symbolically portrayed by a majestic lion.

On the reverse of each Proof Canadian Silver Lion is the image of a majestic lion. The celebration of Chun-jie is captured beautifully in the matte proof finish of these coins, and the background imagery includes not only the lion itself, but the lanterns that are released as a part of the celebration as well.

Lions are not native to China, but were first presented as gifts to the emperors during the Han Dynasty as a means of promoting the Silk Trade. The Han Dynasty stretched from 206 BC to 220 AD, but the lion dance did not emerge in Chinese culture until the time of the Tang Dynasty starting around 618 AD.

The obverse of all 2017 oz Proof Canadian Silver Lion Dance Coins features the right-profile portrait of Queen Elizabeth II. Created in 2003 by Susanna Blunt, it has been a staple of Canadian coinage since 2004.

The Royal Canadian Mint is the official sovereign mint of Canada, and was opened in 1908 in Ottawa. A second facility was eventually constructed in 1980 in Winnipeg to expand capacity.

If you have any questions, please dont hesitate to ask. JM Bullion customer service is available at 800-276-6508, on the web using our live chat, and via our email address.