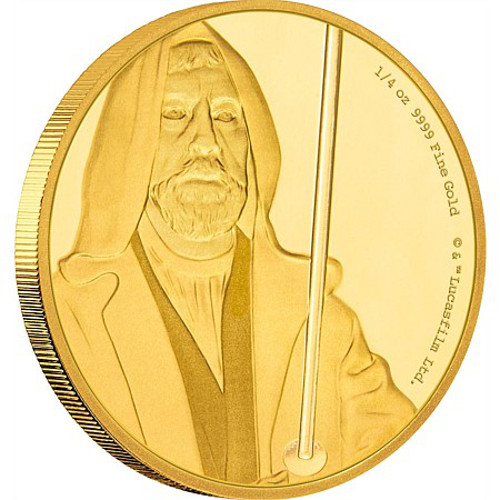 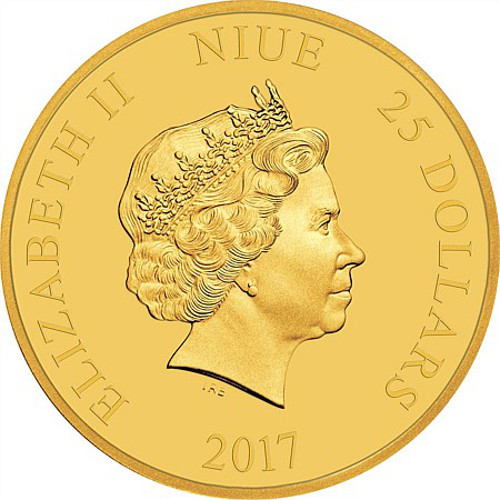 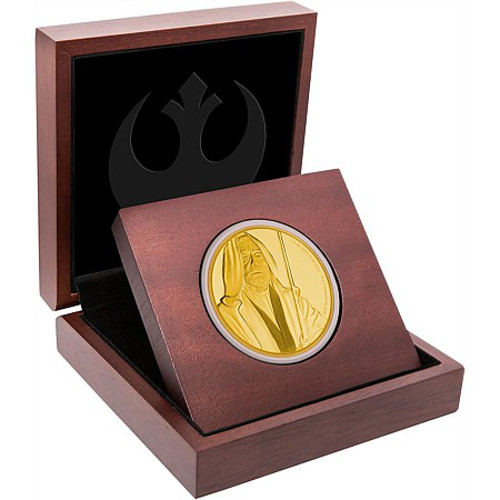 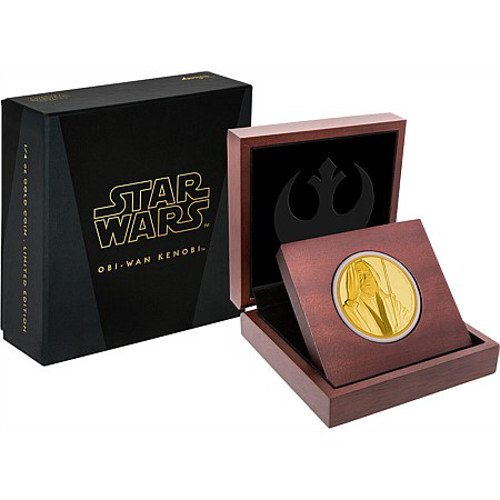 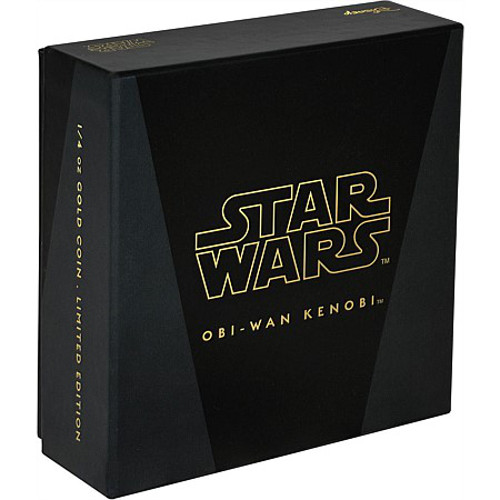 Few characters were as popular as actor Alec Guinness Obi-Wan Kenobi in Star Wars: A New Hope. Though he would appear as a spirit in latter films, Obi-Wan Kenobi appeared in the flesh only in the first film from the original trilogy. Now his image lives on with a new release in the Star Wars Classic Collection. Today, the 2017 oz Niue Gold Star Wars Obi-Wan Kenobi Coin is available to purchase from JM Bullion.

Obi-Wan Kenobi played a pivotal role in the storyline of the Star Wars universe. In the prequel films released at the turn of the 21st century, we saw a younger Obi-Wan (played by Ewan McGregor) receiving guidance as a young Jedi himself from Qui-Gon Jinn and Master Yoda, before eventually serving as a master for a young apprentice by the name of Anakin Skywalker.

Of course, Anakin would become one of the most powerful Jedi who turned his knowledge of the Force to the dark side. His son, Luke, would go on to become an apprentice of the much older Obi-Wan in the original trilogy of films. Obi-Wan Kenobis seminal moment in the original films came in a pitched battle against his former apprentice, Darth Vader.

The reverse of all 2017 oz Niue Gold Star Wars Obi Wan Kenobi Coins features the image of Obi-Wan in his Jedi robes as he draws his lightsaber to face Darth Vader on the Death Star. This is one of the iconic moments from the first film, Star Wars: A New Hope.

On the obverse of the Star Wars Gold Classic Collection coins youll find the image of Queen Elizabeth II. This right-profile portrait of the Queen has appeared on the obverse of all commonwealth coins since Ian Rank-Broadley designed it in 1998 as the fourth-generation depiction of Her Majesty.

The New Zealand Mint is a private minting facility regarded as one of the finest mints in the world. Located in Auckland, it handles bullion coin production for numerous small South Pacific nations, but does not mint official New Zealand currency or bullion coins.

Please direct your questions to a JM Bullion associate at 800-276-6508. Our associates are also available online through our live web chat and email address.