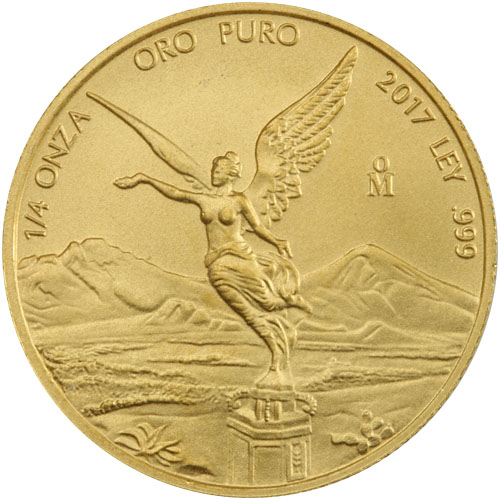 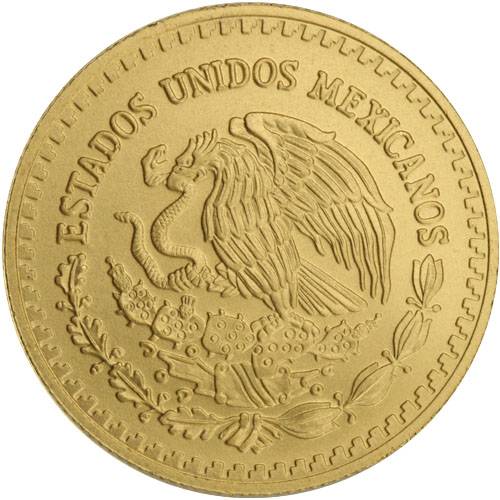 Mexican Gold Libertads are available in a total of five weights, with the 1 oz gold coin leading the way followed by the four fractional weights. The 1/4 oz gold coin often has the lowest mintage in the collection, and like other coins in the series was available starting in 1991, but not available from 1995 to 1999 or in 2001.

On the obverse of the 2017 1/4 oz Mexican Gold Libertad features the image of Winged Victory. Known as the Angel of Independence, her figure is found atop the Mexican Independence Victory column located in the center of Mexico City. It was erected there in 1921 to mark the 100th anniversary of the nation’s independence.

Each 2017 1/4 oz Mexican Gold Libertad coin available here is in BU condition. Coins in BU condition have no signs of wear and tear, but there are detracting flaws resulting from coining. These include breaks in the luster, spotted surfaces, and contact marks.

We encourage all JM Bullion customers to reach out to us with questions regarding these gold coins. You can reach us at 800-276-6508, online through our live web chat, and by sending us emails directly. You will also find the current price of gold listed on our website at all times throughout the day.