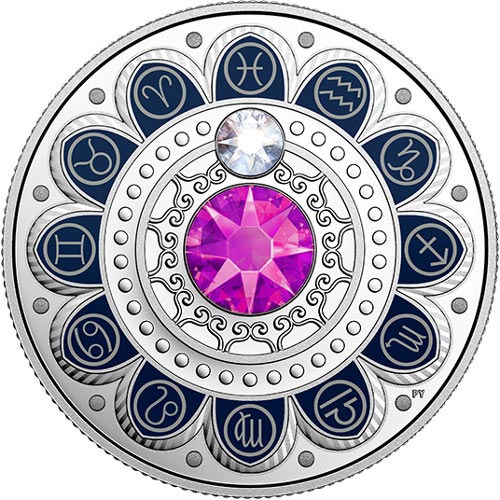 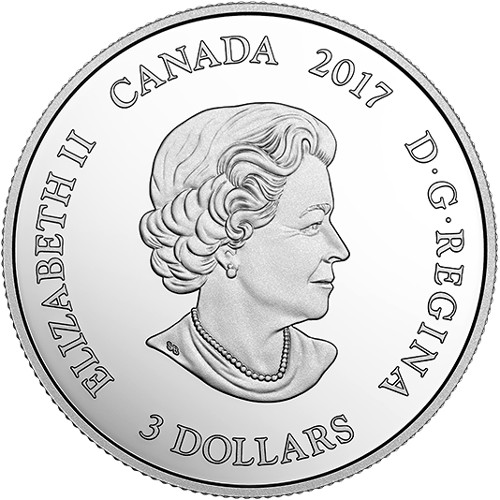 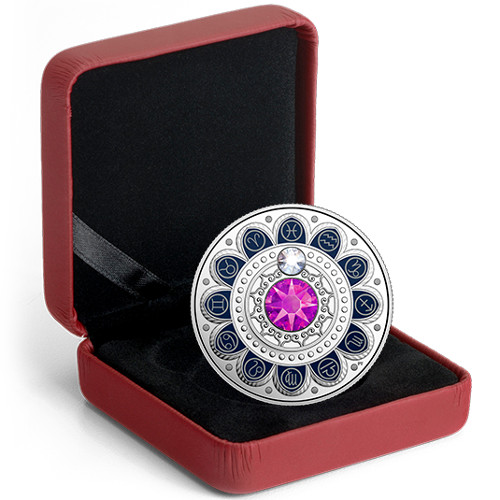 Zodiac Series coins from the Royal Canadian Mint are exciting and altogether different coins for collectors. Zodiac-themed silver coins all feature the same design concept on the reverse, with minor changes to each one that highlight the particular Zodiac symbol for the release period.

Along the reverse of the 2017 oz Canadian Silver Zodiac Pisces Coin youll find the symbols for all 12 signs of the Zodiac, with not one, but two Swarovski crystal embellishments on the reverse side. What changes from one release to the next in the collection is the orientation of the 12 symbols, with the highlighted symbol (Pisces) located at the top and set by a beautiful clear crystal.

Each of the 2017 oz Canadian Silver Zodiac Pisces Coins in this collection arrives in a maroon clamshell with a black beauty box courtesy of the Royal Canadian Mint, and ships with a numbered Certificate of Authenticity validating your coins status from RCM.

On the obverse of the coins youll find the image of Queen Elizabeth II. Her Majestys effigy is captured on the obverse of all coins from the Royal Canadian Mint, and has since 1952. This particular effigy is from Susanna Blunt in 2003 and is the latest portrait of the Queen to arrive on Canadian coins.

The reverse of all 2017 oz Canadian Silver Zodiac Pisces Coins includes the aforementioned design feature, as well as a second Swarovski crystal embellishment. While the first, smaller crystal is aligned with the Pisces symbol, the larger embellishment in the center features the color of the Pisces sign.

Please dont hesitate to contact JM Bullion with questions. Our customer service associates are available at 800-276-6508, online using our live chat, and via our email address.