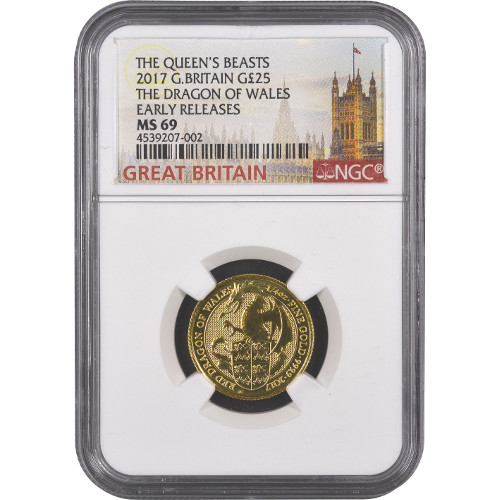 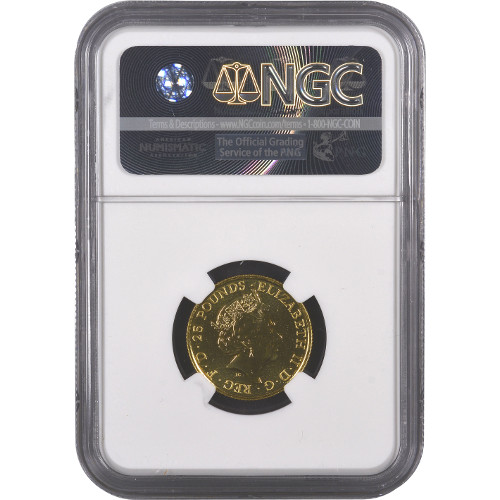 When youre looking for gold coins for sale, those which have received certification from the NGC or PCGS have greater value. These coins have been graded for condition and certified as beautiful specimens. Right now, the 2017 oz British Gold Queens Beast Dragon Coin is available to purchase online from JM Bullion with NGC certification!

All 2017 oz British Gold Queens Beast Dragon Coin in this product listing is available with near-perfect certification from the NGC. Coins with a Mint State 69 grade feature full, original mint luster and include a maximum of two minor detracting flaws. Those flaws are limited to minuscule hairlines or contact marks, and are located only outside the primary focal areas of the coins surface.

The obverse of these gold bullion coins includes the portrait of Queen Elizabeth II as referenced above. Her Majesty ascended to the British throne in 1952 following the death of her father, the king. Her coronation ceremony was held in 1953 and included 10 plaster statues of Queens Beasts.

On the reverse of the 2017 1 oz British Queens Beast Dragon Gold Coin is the image of the Red Dragon of Wales. The dragon is often depicted holding a shield bearing a lion in each quarter of it, which was the coat of arms for Llywelyn ap Gruffudd, who was the last native Prince of Wales.

If you have any questions, please dont hesitate to contact JM Bullion. Our customer service team is available on the phone at 800-276-6508, on the web through our live chat, and via our email address.