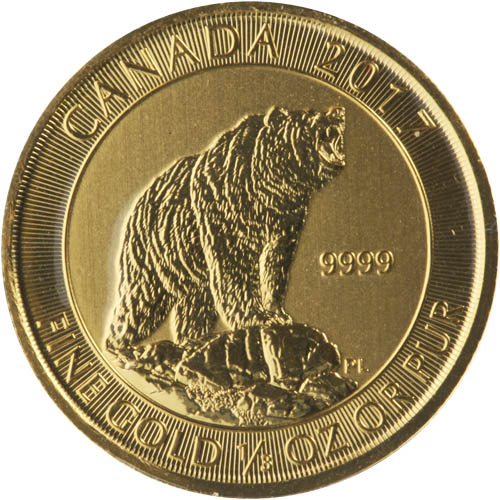 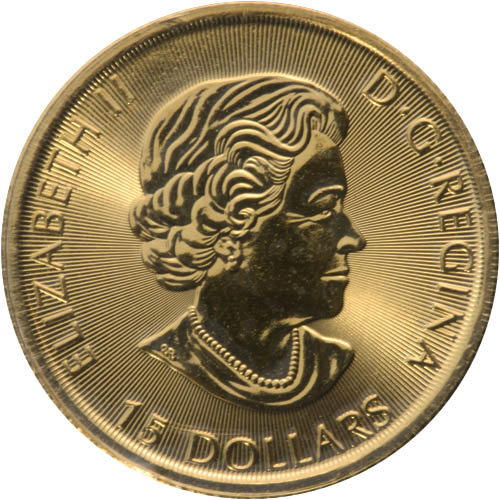 The grizzly bear is one of the most fearsome predators on the North American continent and it has no natural predator capable of taking it down. The scientific name for the grizzly, Ursus arctos horribilis, tells you all you need to know about these massive predators. The bears name literally translates as terrifying bear. The 2017 1/3 oz Canadian Gold Grizzly Bear Coin is now available to you for purchase online from JM Bullion.

Identification of the grizzly bear from a scientific standpoint can be difficult. The bears are technically known within scientific circles strictly as North American brown bears. Grizzlies are a subspecies of the brown bear known for their impressive size and ferocious disposition when encountered in the wild.

There are actually several subspecies of the grizzly bear in North America, with two of those recently extinct. The mainland grizzly is the one most commonly encountered by humans, but there are also Kodiak bears, peninsular grizzlies, and the now extinct California and Mexican grizzlies.

On the reverse side of these 2017 1/3 oz Canadian Gold Grizzly Bear Coins is the image of one of the massive predators standing at the edge of a rocky cliff as it unleashes a roar that will send a chill up your spine should you hear it in the middle of the woods. There is no background design element behind the bear on these gold coins for sale, allowing your eye to focus entirely on the powerful beast.

The obverse of 2017 1/3 oz Gold Grizzly Bear coins features the effigy of Queen Elizabeth II. Her Majesty is depicted here in right-profile relief in a design created in 2003 by Susanna Blunt. This design is the first to capture Queen Elizabeth II without a crown and the first of a British monarch on Canadian coins without a crown since the 1930s.

The Royal Canadian Mint was founded in 1908 to provide independent coinage capacity for Canada. The mint started with only a facility in Ottawa and now boasts a second in Winnipeg.