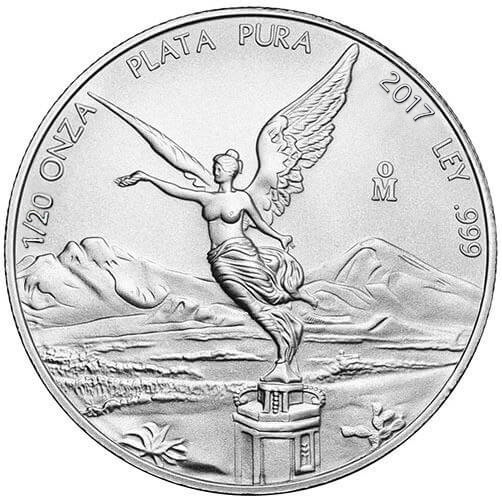 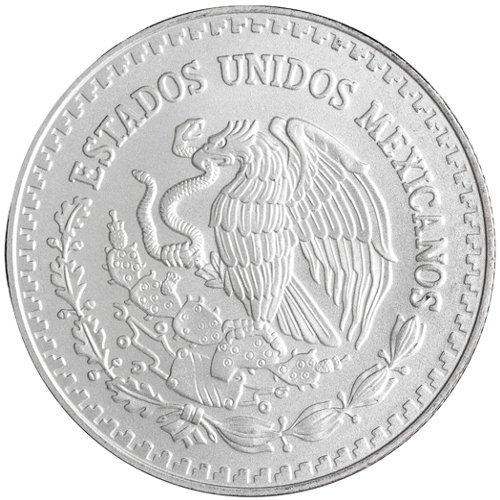 The Mexican Silver Libertad coin is one of the worlds oldest bullion coin programs, and yet one of its least visible. The official silver coin of the nation of Mexico has been available in silver since 1982, but its profile and mintage levels are much lower than competitors such as the Canadian Maple Leaf and American Eagle. Right now, the 2017 1/20 oz Mexican Silver Libertad Coin is available to purchase from JM Bullion.

Each of the 2017 1/20 oz Mexican Silver Libertad coins in this listing is available to you in BU condition. Coins in this condition exhibit no signs of wear and tear, though you may notice minor flaws such as breaks in the luster, spotted surfaces, and contact marks from the coining process at the mint.

In the center of Mexico City youll find the winged depiction of Victoria atop the Mexican Independence Victory Column. Erected in 1921 to mark the nations centennial independence celebration, Victoria has rich history in human civilization as the personification of victory in ancient Roman religions.

To the people of Mexico, Winged Victory is a symbol of their triumph over the Spanish Empire in the war of independence that began in 1821. In this particular design, Victoria holds aloft a wreath crown symbolizes victory. In her left hand, she holds the broken chains of servitude that represent Mexicos newfound freedom.

The images on the obverse of the 2017 1/20 oz Mexican Silver Libertad focus on the nations cultural heritage. The depiction of Winged Victory represents the nations struggle to free itself from Spanish colonial rule and move toward self-government.

On the reverse of the Mexican Silver Libertad is the coat of arms for the country. In this depiction, a Mexican eagle struggles with a serpent from atop its perch on a cactus. The coat of arms was adopt during the war of independence, with the eagle representing the rising nation and the snake the colonial grip of Spain.

Mexicos national mint is the Mexican Mint, which strikes the Mexican Silver Libertad each year. Founded in 1535 by Spanish conquistadors, it is the oldest operating mint in the Western Hemisphere. Today it is controlled by the federal government and overseen by Banco de Mexico.

If you have any questions, please dont hesitate to contact JM Bullion. Our customer service team is available at 800-276-6508, on the web using our live chat, and via our email address. You can also find the current price of silver on our website at any time.