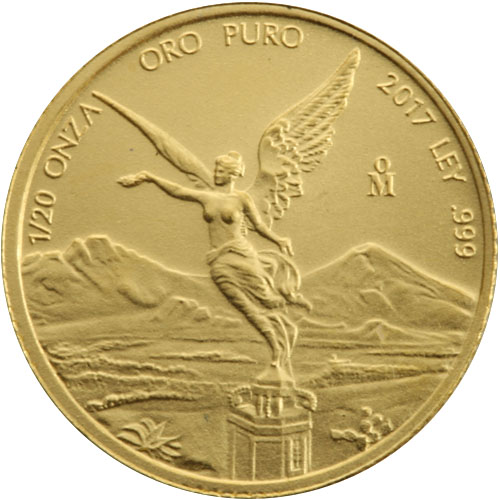 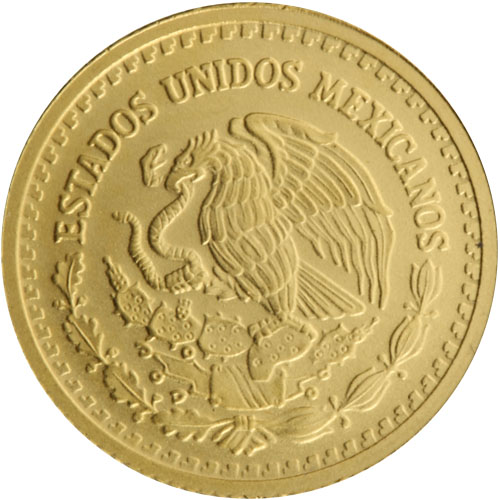 One of the most impressive gold coins available for sale to modern investors is the Mexican Gold Libertad. Built upon the success and design features of a historic Mexican coin released to celebrate the nation’s 100th anniversary of independence, the Gold Libertad is the official gold bullion coin of Mexico. Right now, 2017 1/20 oz Mexican Gold Libertad Coins are available to purchase online from JM Bullion.

Each 2017 1/20 oz Mexican Gold Libertad Coin in this listing is in BU condition. Coins in BU condition exhibit no signs of wear and tear, though you may notice a range of minor flaws. These flaws are limited to visual detractions such as breaks in the luster, spotted surfaces, and contact marks from the coining process.

Gold Libertad coins were introduced in the 1 oz bullion version in 1981, but the coins were not regularly produced after that point until 1991. The 1/20 oz coin was introduced in that year along with various other fractional-weight options.

1/20 oz Mexican Gold Libertad Coins have been struck 21 times since 1991, with no coins struck from 1995 to 1999, and none in 2001. The mintage figure of the 1/20 oz Gold Libertad has fallen dramatically since its first and second year of availability but has been rising each year consecutively since just 650 were struck in 2013.

On the obverse of the 1/20 oz Mexican Gold Libertad Coin you’ll find Winged Victory. This image of the Angel of Independence is based upon the statue found at the top of the Mexican Independence Victory Column, which was erected in 1921 in Mexico City in honor of the 100th anniversary of the nation’s victory in its revolutionary war against Spain.

If you have any questions, please don’t hesitate to ask. JM Bullion customer service is available to you on the phone at 800-276-6508, online using our live chat, and via our email address.

Ron from TX - October 09, 2017
"Very excited to receive this coin. I've recently gotten into the numismatics of Mexican Libertads and I have to say I have the bug for these beautiful coins. If you are a collector of any kind, I would highly recommend this one. Fair price and very very low mintage at only 1000 total produced according to Lois & Don Baily Numismatic Services. For long term numismatic investment I have good hopes for this literally little coin."