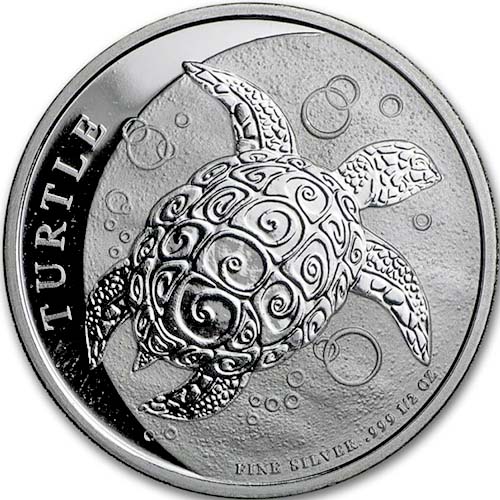 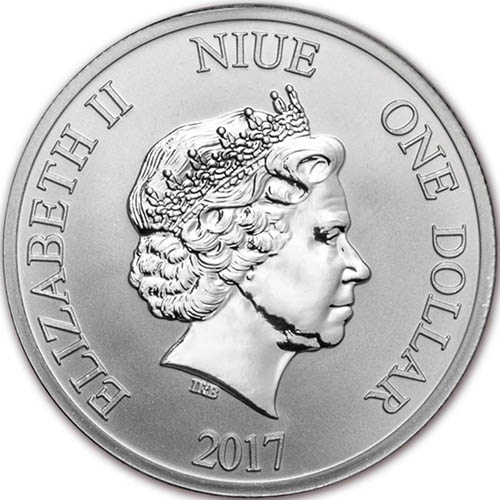 One of the most popular coin programs from the South Pacific, and indeed among investors around the globe, is the Niue Hawksbill Turtle. Introduced in 2010, the coin series has had an interestingly short life to date. The 2017 issue of the coins marks the continuation of this incredibly popular silver coin series. Right now, the 2017 oz New Zealand Silver $1 Niue Hawksbill Turtle Coin is available to purchase online from JM Bullion.

Each 2017 oz New Zealand Silver $1 Niue Hawksbill Turtle Coin in this listing is in BU condition. Coins in this condition exhibit no signs of wear and tear, though production flaws are possible. Breaks in the luster, spotted surfaces, and contact marks from the coining process are the most likely to be present.

Hawksbill turtles are found throughout tropical waters in three of the worlds five oceans. Located in the southern reaches of the Atlantic, Pacific, and Indian Oceans, the creatures earned their name as a result of the pointed beak on their heads, and are distinct from other turtle species with their colored, patterned shells of overlapping scales.

On the reverse of all 2017 oz New Zealand Silver Hawksbill Turtle Coins is the image of one of these magnificent turtles. The design on this side of the coins has not changed significantly since 2010 when they were introduced. Originally known as the Taku Coin, the local Fijian name for the Hawksbill, the coins first had Taku engraved where you will now find Turtle.

The New Zealand Mint is a privately owned operation that is headquartered in Auckland, New Zealand. It is the only mint in New Zealand that is privately owned, and despite its name has no affiliation with the local government. All New Zealand dollars and sovereign coinage are produced by the Royal Mint in the UK or Royal Canadian Mint.

If you have any questions, please dont hesitate to ask. JM Bullion customer service is available at 800-276-6508, online using our live chat, and via our email address. Dont forget to check the live silver price on our homepage throughout the day!