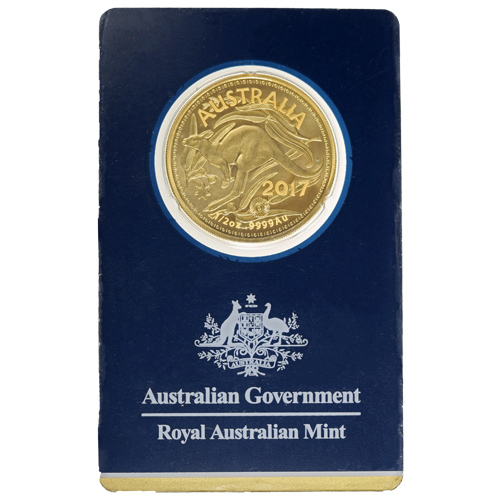 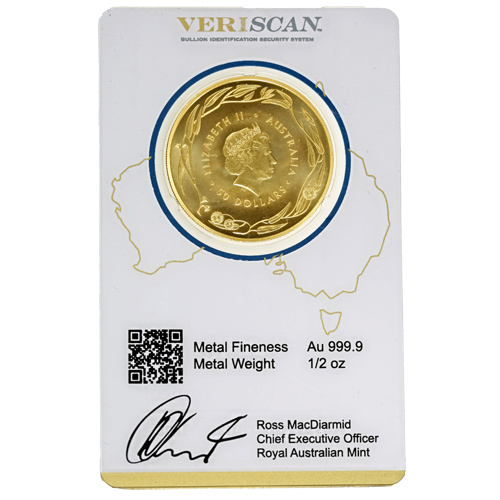 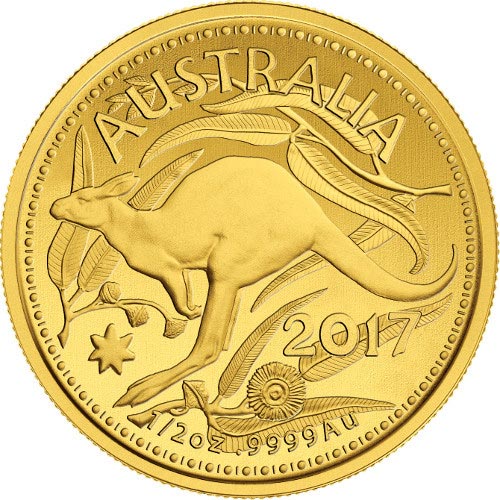 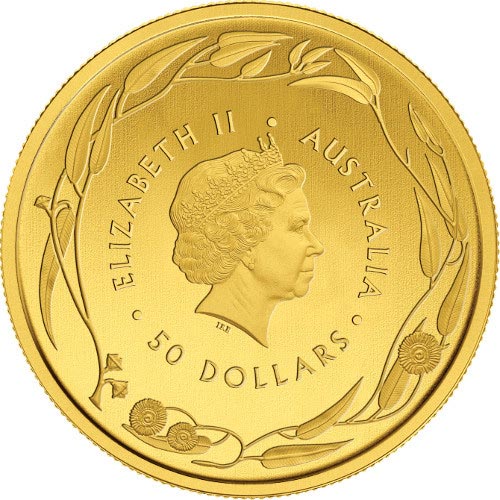 The Royal Australian Mint Gold Kangaroo bullion coin series is the only one in the world to arrive in BU condition with a numbered Assay card included. Working with PAMP Suisse on packaging, the Royal Australian Mint provides Gold Kangaroo coins to investors inside of tamper-evident, secure VeriScan packages that feature a numbered Assay card inside.

Each 2017 oz Royal Australian Mint Gold Kangaroo features an iconic coin design from Australias past. Before its move toward decimal-based coins in the 1960s, the kangaroo and commonwealth star appeared on the copper penny for Australia from 1938 to 1964.

The reverse of each Royal Australian Mint Gold Kangaroo coin includes the kangaroo and commonwealth star design, revitalized and reimagined for the modern day with the inclusion of a border of Tasmanian Blue Gum leaves, branches, and flowers.

On the obverse of the 2017 oz Royal Australian Mint Gold Kangaroo youll find the image of Queen Elizabeth II. Her Majesty features on the obverse of all Australian coinage, and this fourth-generation depiction of Britains longest reigning monarch was created in 1998 by Ian Rank-Broadley.

All 2017 oz Royal Australian Mint Gold Kangaroo Coins available to you today are in BU condition. Coins in this condition exhibit no signs of wear and tear, though you may notice minor flaws ranging from breaks in the luster and spotted surfaces to the existence of contact marks from the coining process.

The Royal Australian Mint is the nations official sovereign mint. Opened in Canberra, the federal capital city, in 1965, it is the first mint in Australia not part of the Royal Mint of London system and the only operating mint aside from Western Australias Perth Mint.

If you have questions, please dont hesitate to ask. JM Bullion associates are available on the phone at 800-276-6508, online using our live web chat, and via our email address.