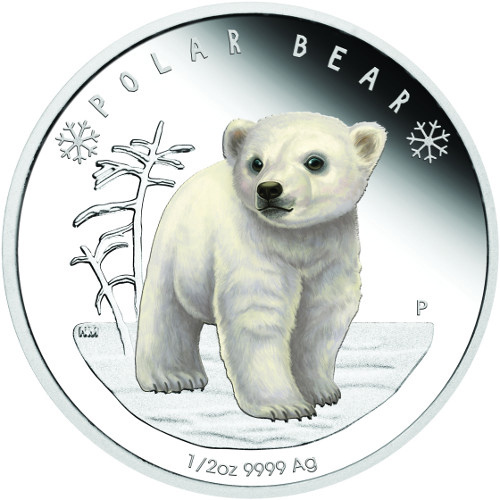 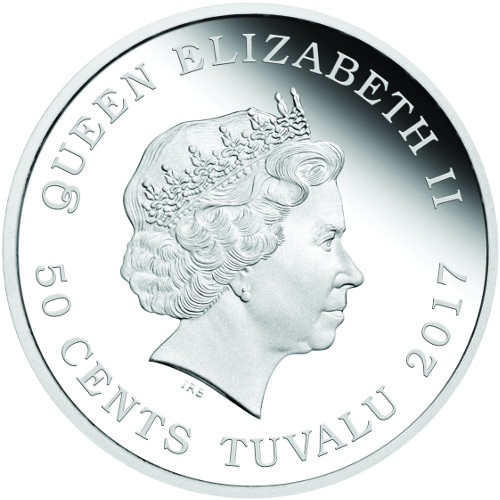 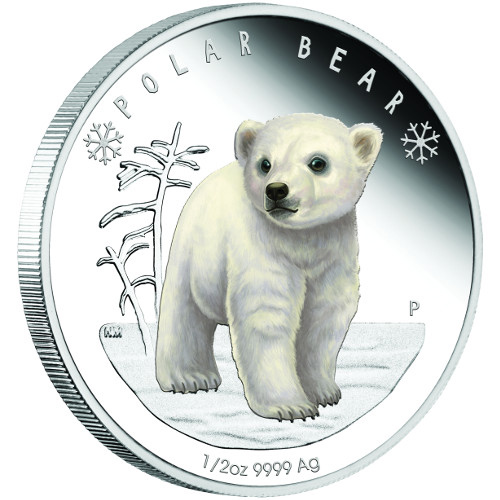 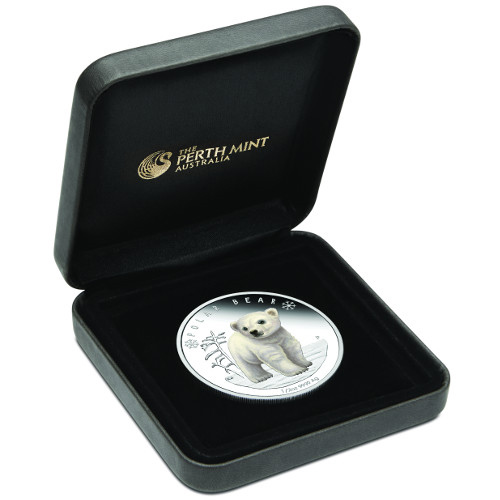 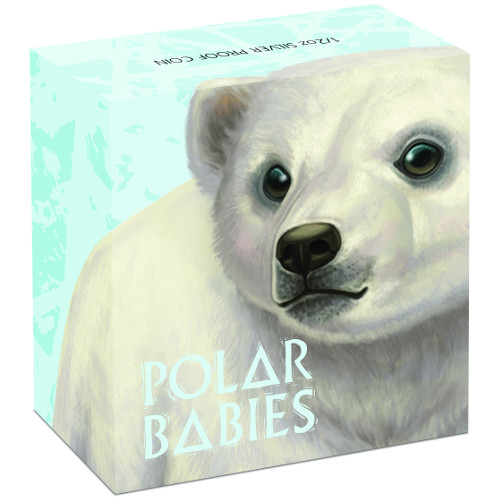 Polar bears are one of the largest land mammals in the world today. Though dwarfed by the size of the African elephant, when it comes to its home territories of the North American continent and the Arctic Circle, the polar bear is by far the largest beast roaming the land. The 2017 1/2 oz Proof Tuvalu Silver Polar Babies Polar Bear coin is available to purchase today online from JM Bullion.

The polar bear is a truly distinct animal species on the planet Earth. These large mammals are noticable not just by their white fur, but also their shape compared to the figure of other bear speices. The polar bear has a round backside and a pointed snout with a distinctive jet-black nose.

Speaking of that white appearance of the polar bear, its fur is not quite what it seems. Each of the individual hair shafts is actually hollow at its core with pigment-free nature and a transparent shaft, which helps reflect light in a way similar to that of snow and ice. The result is the apparent white colorization of polar bear fur.

On the obverse of the 2017 1/2 oz Proof Tuvalu Polar Babies Polar Bear Coin is the right-profile portrait of Queen Elizabeth II. Her Majesty has appeared on British and commonwealth coinage since ascending to the throne of England in 1952, and this design is the fourth-generation image created in 1998 by Ian Rank-Broadley.

The reverse of each of these 2017 1/2 oz Proof Tuvalu Polar Babies Polar Bear features the colorized image of a cute little polar bear cub. The diminutive little cub is depicted standing on the frozen tundras of the Arctic Circle, with snowflakes for decoration on either side of the polar bear.

Each 2017 1/2 oz Proof Tuvalu Polar Babies Polar Bear Coin arrives inside of a Perth Mint black box for protection and display, and ships to you inside of a Polar Babies-themed shipper with colorized artwork that reflects that used on the coin’s reverse.

Perth Mint was founded in 1899 as the third and final Royal Mint facility in Australia. Today, following the Sydney Mint and Melbourne Mint closures, it remains as the oldest operating facility in the nation and is the only operational mint other than the federal government’s Royal Australian Mint.

We encourage all JM Bullion shoppers to contact us with questions. You can reach our associates on the phone at 800-276-6508, online through our live web chat, and via our email address.

Kevin from OK - August 21, 2017
"I meant another great offering from Perth!!! Canada and Perth Trip me up on their fine offerings. They both make very fine coins and bullion."

Kevin from OK - August 21, 2017
"Very pretty piece! Well done colorization! Makes girls go goo goo gaa gaw. Sure it's only half ounce, but they sure didn't make very many. These make great gifts for bear lovers. You'll be amazed at another great canadian offering."