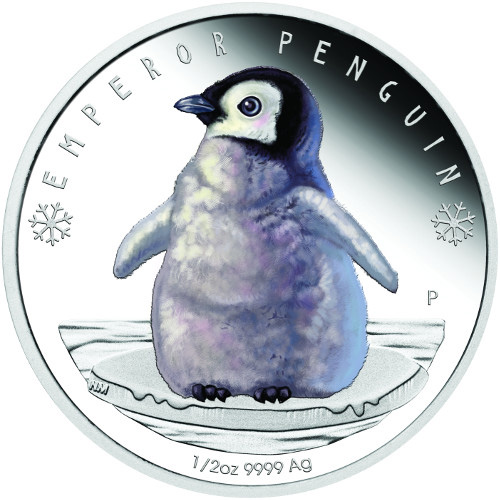 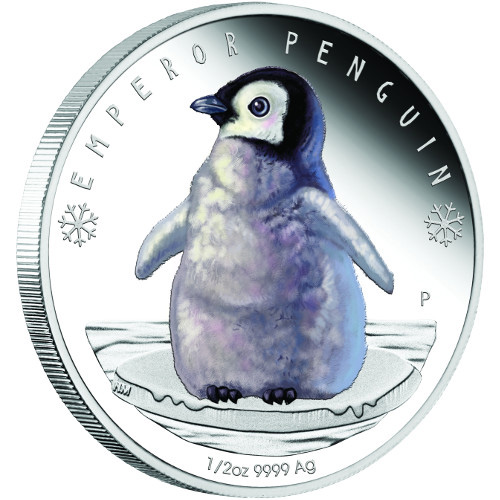 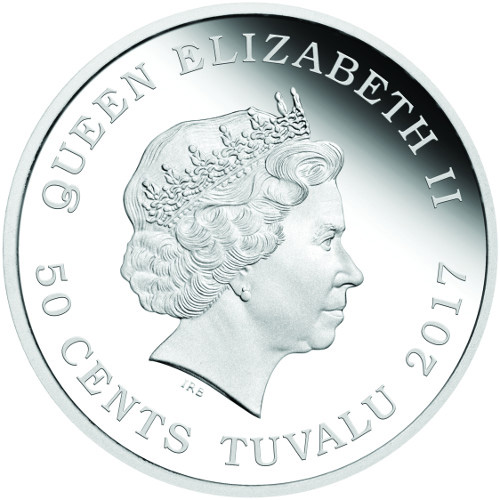 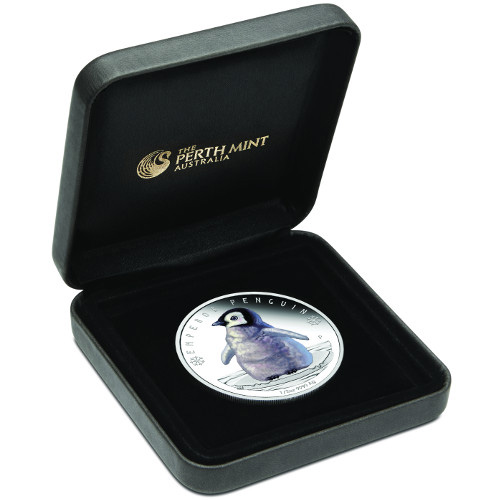 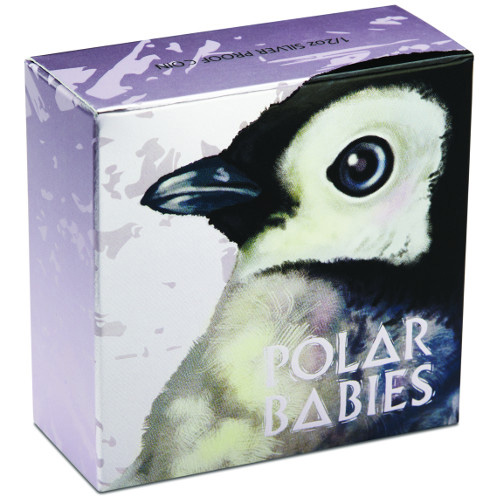 The tallest and heaviest of the living penguin species of the world is the emperor penguin, which is endemic to the continent of Antarctica. Appearing second in the Polar Babies collection from the Perth Mint, the Emperor Penguin coin brings beautiful colorization to your silver collection. Today, the 2017 oz Proof Tuvalu Silver Polar Babies Emperor Penguin Coin is available to you online from JM Bullion.

Emperor Penguin males and females are extremely similar in plumage and size. Both sexes reach a height of 48 inches on average, and weigh anywhere from 49 to 99 pounds. The dorsal side of the body and head are black, with white bellies and unique pale-yellow breast with bright-yellow ear patches.

Each 2017 1/2 oz Proof Tuvalu Polar Babies Emperor Penguin Coin arrives inside of a Perth Mint black box for protection and display, and ships to you inside of a Polar Babies-themed shipper with colorized artwork that reflects that used on the coin’s reverse.

On the obverse of the 2017 1/2 oz Proof Tuvalu Polar Babies Emperor Penguin Coin is the right-profile portrait of Queen Elizabeth II. Her Majesty has appeared on British and commonwealth coinage since ascending to the throne of England in 1952, and this design is the fourth-generation image created in 1998 by Ian Rank-Broadley.

The reverse of the Polar Babies Emperor Penguin Coin includes the image of an emperor penguin chick. This particular penguin species is the only one in the world to breed during the Antarctic winter and travels 31 to 75 miles over ice to breeding colonies that can include thousands of individual penguins.

Other release of silver coins in this Polar Babies Series from the Perth Mint include the Polar Bear coin, with more releases planned in this beautiful collection of colorized silver coins.

Founded in 1899, the Perth Mint was originally the third and final installation in the Royal Mint system that included a Sydney and Melbourne facility. With the closures of those two locations, the Perth Mint was left as the oldest operating mint in the country. Today it is owned and operated by the state government of Western Australia, and exists separate of the Royal Australian Mint, the sovereign mint of the nation located in Canberra.

Please direct your questions to JM Bullion at 800-276-6508. You can also connect with us online through our live chat and email address. Keep up with the current price of silver on our website.