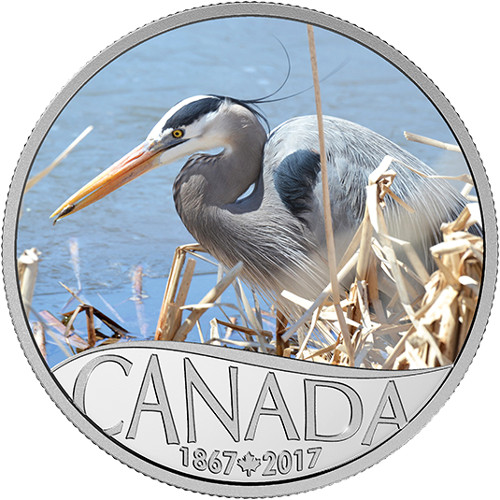 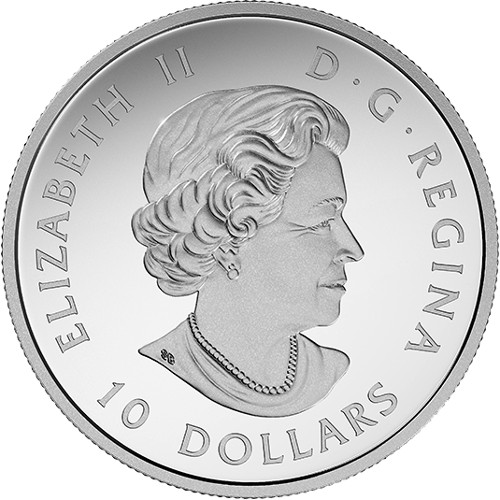 In 1867 Canada earned its place as a separate nation within the commonwealth of nations that were once controlled by the United Kingdom. Though Canada still enjoys a tight relationship with the UK, it is its own independent nation and celebrating accordingly with 150th anniversary coinage from the Royal Canadian Mint throughout 2017. The 2017 oz Proof Canadian Silver Great Blue Heron Coin is available today from JM Bullion.

The Royal Canadian Mint has a planned 13-coin series to celebrate the 150th anniversary of Canadian confederation. The series will take collectors on a cross-country journey that showcases flora, fauna, and breathtaking landscapes from across the nation inspired by photographs from Canadian Geographic.

In this fourth release, the 2017 oz Proof Canadian Silver Great Blue Heron Coin features a colorized design of the Great Blue Heron and the waterways of New Brunswick. Each coin in the series is released in the order that the representative province or territory entered into confederation in Canada.

The reverse of the Great Blue Heron Coin bears the image of a Great Blue Heron as photographed by Claude Belanger for the bi-monthly publication of Canadian Geographic. His images captured the bird along the edge of a waterway in New Brunswick, with its iconic long, yellow beak and craned neck on display in the design.

On the obverse of the 2017 oz Proof Canadian Silver Great Blue Heron Coin youll find the image of Queen Elizabeth II. Created in 2003 by Susanna Blunt, this image is the latest effigy of Her Majesty in use on Canadian coins.

The Royal Canadian Mint was founded in 1908 to provide the nation with its own minting capabilities, rather than continue to rely upon the Royal Mint in London for currency. Today it operates its original facility in Ottawa and a second location in Winnipeg.

We encourage all JM Bullion customers to ask questions when they arise. You can reach us on the phone at 800-276-6508, online using our live chat, and via our email address.