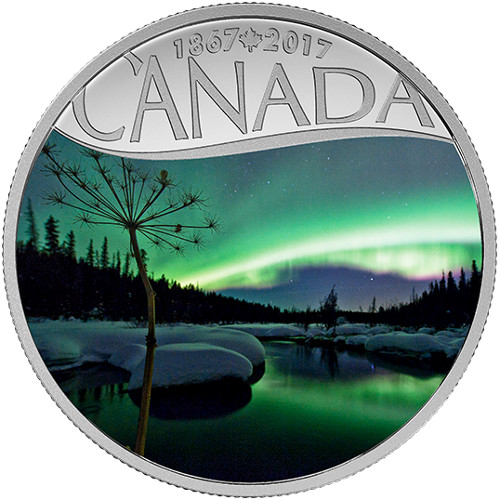 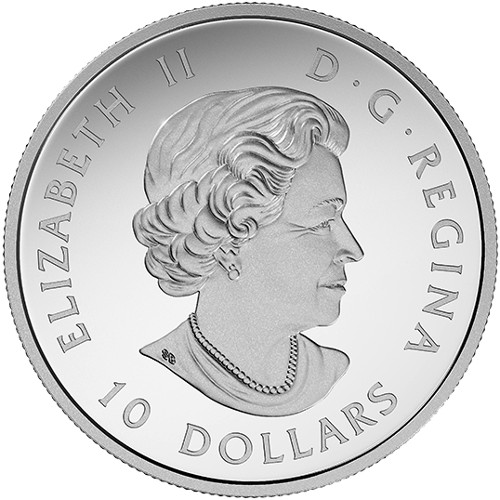 In 1867, Canada took its first steps toward independence from the United Kingdom. What began as a confederation movement between three provinces grew into a nation independent and strong on its own two feet. Today, the Royal Canadian Mint marks the 150th anniversary of that event with a series of celebratory silver coins. Right now, the 2017 oz Proof Canadian Silver Celebrating Canadas 150th Series Aurora Borealis at McIntyre Creek Coin is available to purchase online from JM Bullion.

Each of the 150th Series Aurora Borealis Coins in this product listing ships to you inside of the iconic maroon clamshell of the Royal Canadian Mint. The housing of these coins offers perfect protection during shipping and ideal display as part of your silver proof collection. Included with each coin is an individually numbered Certificate of Authenticity.

Canada may be a first-world nation, but it still has vast stretches of territory that maintain a near-untouched sense of nature that has existed on this planet for thousands of years. The Yukon Territory joined Canada in 1898 as its second territory, and the triangle-shaped region is known in history as the site of Canadas famous gold rush.

This ninth coin in the Canadas 150th Anniversary Series continues the cross-country trek of the Royal Canadian Mint as it highlights some of the natural wonders and beauty of the country as it marks the date of its confederation in 1867.

Each of the coins in the collection take their design from striking photos that originally appeared in Canadian Geographic, a nature-themed magazine. The reverse of these 2017 oz Proof Canadian Silver Coins features a design based upon Peter Mathers photograph of the Aurora Borealis as it occurred over McIntyre Creek.

Located in Whitehorse, Yukon Territory, the scene includes a number of towering conifer trees that reflect in the sill waters of the creek below. The luminous green and pink hues of the Aurora Borealis, or Northern Lights, illuminate the night sky.

On the obverse of each of these coins youll find the image of Queen Elizabeth II. Captured in right-profile relief, this depiction is the latest generation image of the Queen to appear on Canadian coinage and was created in 2003 by Susanna Blunt.

If you have any questions, please dont hesitate to ask. JM Bullion customer service is available at 800-276-6508, online using our live web chat, and via our email address.