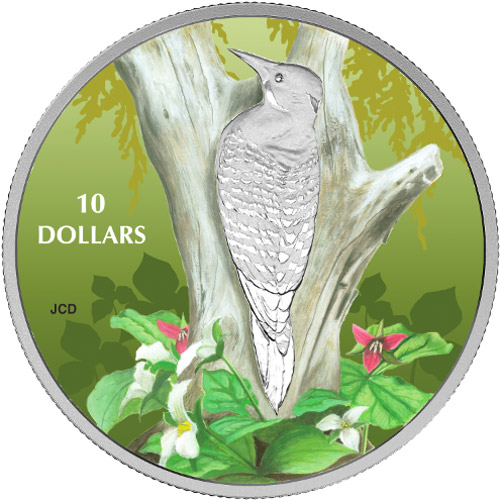 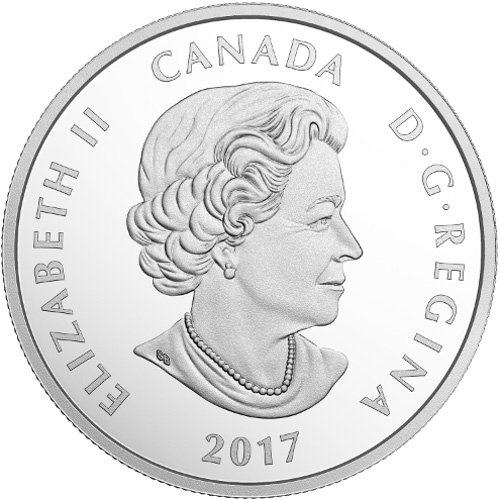 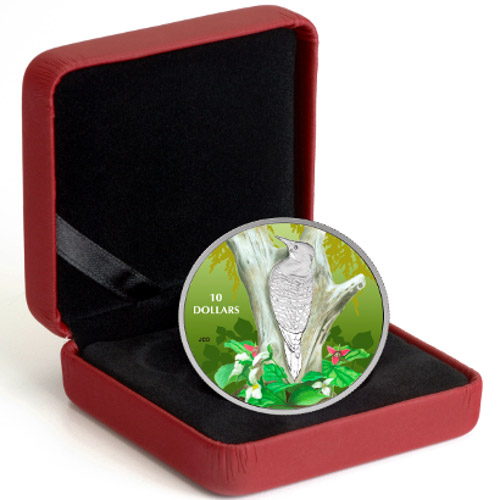 Silver and gold coins offered by the Royal Canadian Mint are rarely a one-time release. When it comes to nature-themed coin series, the RCM has a storied history of release multi-coin series that capture the attention of collectors with their beautiful designs and impressive quality. The 2017 oz Proof Canadian Silver Birds Among Natures Colors Northern Flicker coin is one such example, and is available to you today from JM Bullion.

The Birds Among Natures Colors Series from the Royal Canadian Mint features the best combinations of colorized designs and pure silver engravings. The reverse side of each coin in the collection includes a mixture of silver engravings of a different bird species, along with colorized finishes to the background field of its typical habitat.

Northern Flicker coins represent the second release in this popular new series from the RCM, following the initial release of the Chickadee. Northern Flickers winter south of Canada, but return to the nations many forests in the spring to inhabit its traditional breeding ranges within the Canadian wild.

On the obverse of the 2017 oz Proof Canadian Silver Birds Among Natures Colors Northern Flicker coin is the image of Queen Elizabeth II. The Queens image is featured in right-profile relief on the obverse of all Canadian coinage, and this current design was created in 2003 by Susanna Blunt.

The reverse side of the coin features a design from Jean-Charles Daumas and captures the delicate beauty of springtime in a Canadian forest. Youll notice the fully detailed pattern of its plumage in this beautiful silver engraving, and the burst of color from the red, greent, yellow, and white that recreates the three-leaf clusters of the red trillium and white trillium plants.

Each of the 2017 oz Northern Flicker Silver Coins in this product listing ships to you inside of a Royal Canadian Mint maroon clamshell. These coins arrive with an individually numbered Certificate of Authenticity along with your purchase.

We encourage all JM Bullion customers to contact us on the phone at 800-276-6508 or the web using our live chat and email options. You can also visit our homepage at any time to find the current price of silver!