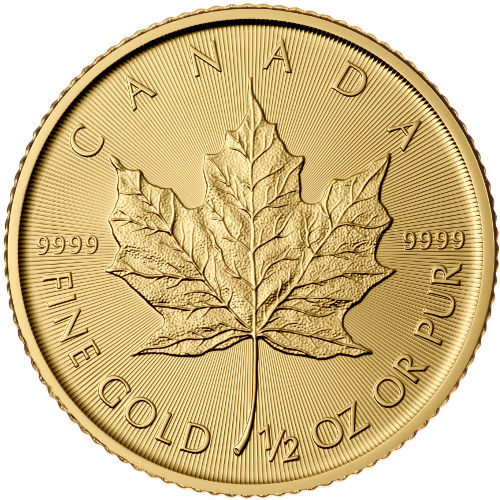 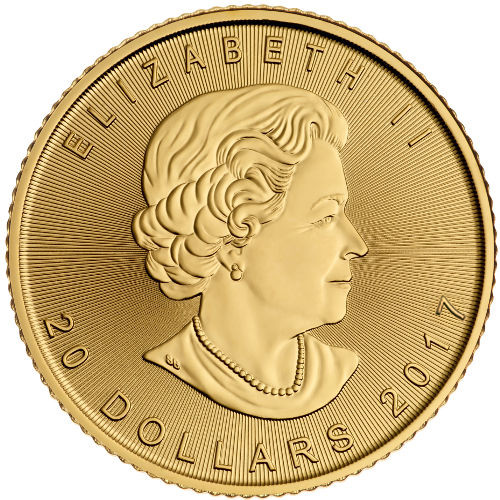 Each 2017 oz Canadian Gold Maple Leaf Coin listed by JM Bullion here today is in BU condition. Coins in this condition show no signs of wear and tear, however you may notice a range of minor flaws that include breaks in the luster, spotted surfaces, or contact marks from the coining process.

The reverse face of the 2017 oz Canadian Gold Maple Leaf coin features the sugar maple leaf emblem. The official symbol of Canada, this leaf has appeared on the reverse every year since 1979 and includes engravings of the nation of issue, purity, metal content, and weight of the coin.

On the obverse is the image of Queen Elizabeth II created in 2003 by Susanna Blunt. This right-profile portrait is the third to appear on the Canadian Gold Maple Leaf, and was introduced on these coins in 2005. It depicts the Queen at the age of 79.

Only two other portraits of Her Majesty Queen Elizabeth II have appeared on Canadian Gold Maple Leaf coins. A depiction of the Queen at the age of 39 was used from 1979 to 1989, followed b y a 64-year-old depiction from 1990 to 2004.

The Royal Canadian Mint was founded in the federal capital of Ottawa in 1908. The mint was founded to give Canada independent control over its coinage from the Royal Mint of London, and to expedite the refinement of gold from the Yukon Territories.

We encourage JM Bullion shoppers to ask questions. You can reach our customer service team at 800-276-6508, connect with us online through our live chat, or simply email us.