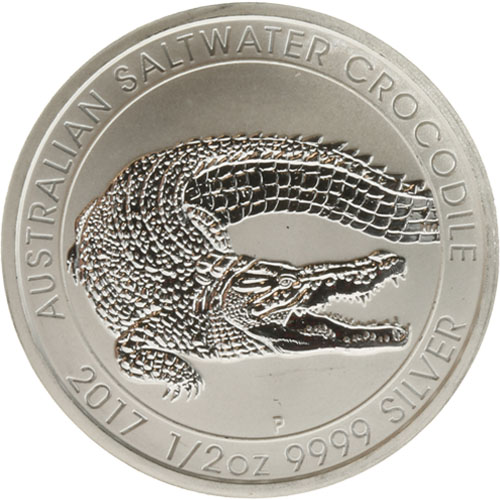 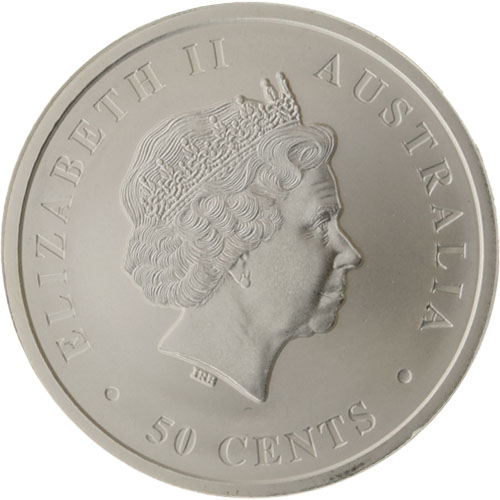 The saltwater crocodile is one of the most dangerous wild animal species in the world today, and is also among the largest predatory creatures on the planet. Found throughout Southeast Asia, the saltwater crocodile is one of Australias deadliest creatures and is the focus of several silver bullion coin issues from the Perth Mint. Today, 2017 1/2 oz Australian Silver Saltwater Crocodile Coins are available to you online from JM Bullion.

The saltwater crocodile design featured on these 2017 1/2 oz Australian Silver Saltwater Crocodile Coins has been in use on silver coins from the Perth Mint since 2014 when 1 oz versions of the coin were introduced.

All of these 2017 1/2 oz Australian Silver Saltwater Crocodile Coins are available to you in new condition. The coins are packaged individually inside of protective plastic flips.

Queen Elizabeth II features on the obverse of all 2017 1/2 oz Australian Silver Saltwater Crocodile Coins. Her Majesty is shown here in right-profile relief with the Girls of Great Britain and Ireland Tiara. This design was created in 1998 by Ian Rank-Broadley and originally featured on Royal Mint coins from 1998 to 2015. The Perth Mint used in on Australian denominations from 1999 to 2018.

The saltwater crocodile is so-named because it inhabits saltwater coastlines and brackish water regions from the east coast of India down through Southeast Asia to the eastern coast of Australia.

Founded in 1899, the Perth Mint is the oldest operating mint in Australia. Originally opened as a Royal Mint facility, today it operates independent of the sovereign Royal Mint of Australia and is owned by the state of Western Australia.

Please feel free to reach out to JM Bullion with any questions. You can reach us on the phone at 800-276-6508, chat with us live online, or email us directly.