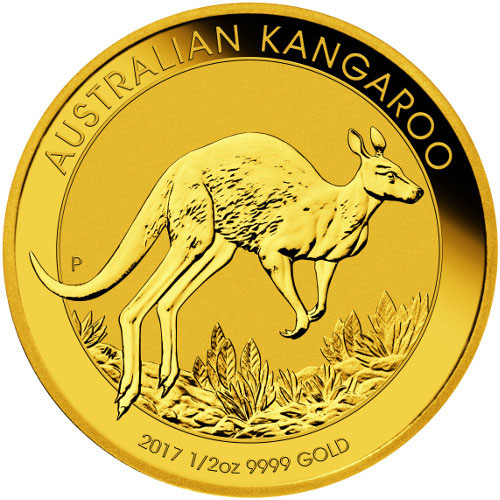 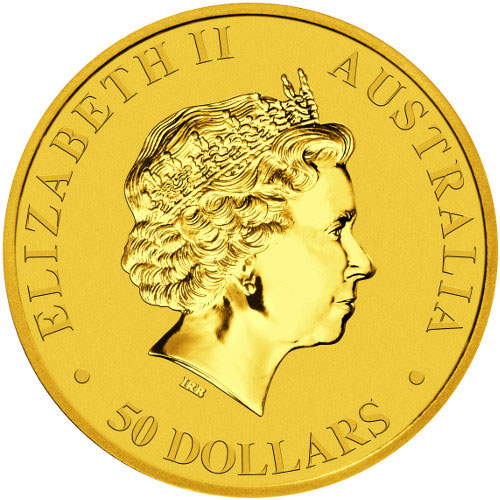 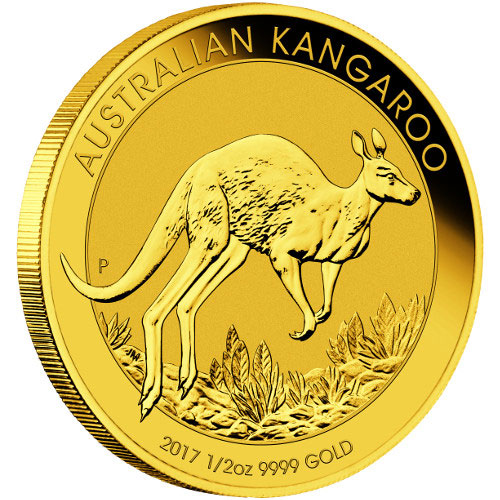 The Australian Gold Kangaroo coin series is the longest running bullion program from the Perth Mint, but it started out under a different name and a very different design concept. Originally featuring a simple gold nugget, it was changed in 1990 to feature one of the most beloved creatures from the continent. Today, the 2017 oz Australian Gold Kangaroo Coin is available to purchase from JM Bullion.

Each of the 2017 oz Australian Gold Kangaroo coins in this product listing ships in a protective plastic capsule because it is in BU condition. Coins in this condition have no signs of wear and tear. However, you may notice minor flaws on the coin such as breaks in the luster, spotted surfaces, or contact marks from the coining process.

On the reverse of the 2017 oz Australian Gold Kangaroo coin is the image of a kangaroo, the worlds largest marsupial, as it hops across the open spaces of the Outback. Kangaroos are loosely related to the wallaby and wallaroo, as two of the other three marsupials native to Australia along with the koala.

The obverse of all Australian coinage features a right-profile portrait of Queen Elizabeth II. This particular design was created in 1998 by Ian Rank-Broadley. It serves as the fourth-generation image of Her Majesty to appear on Australian, British, and commonwealth coinage since her ascension to the throne in 1952.

Australian Gold Kangaroo coins began life in 1986 as the Australian Gold Nugget. The nations natural reserves of gold were a popular attraction in the 19th century for those seeking a fortune. After just four years of use though, the Perth Min switched to using a new kangaroo design each year, calling to mind the nations beloved animal species.

Perth Mint was founded in 1899 as the final of three British Royal Mint facilities. It has outlived the Sydney Mint and Melbourne Mint to become the oldest operating facility in the country, and is now owned by the state of Western Australia, operating independent of the Royal Australian Mint.

Please dont hesitate to contact JM Bullion with any questions. You can reach us on the phone at 800-276-6508, connect with us online using our live web chat, or simply send us an email. To view similar products, check out our full selection of Australian Gold Coins.