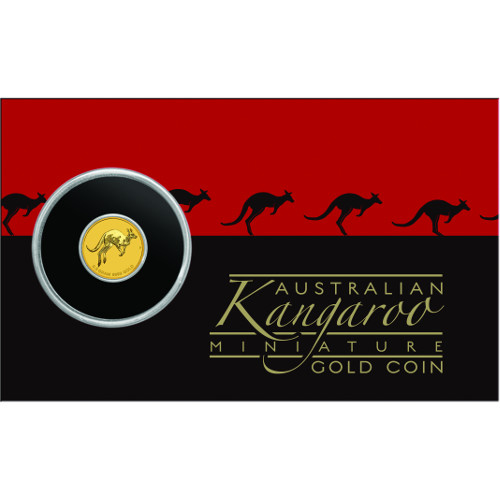 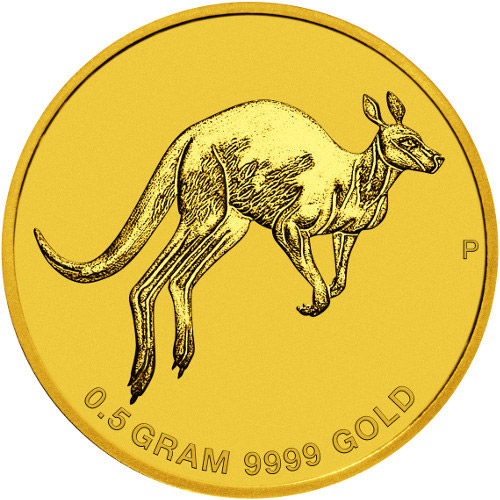 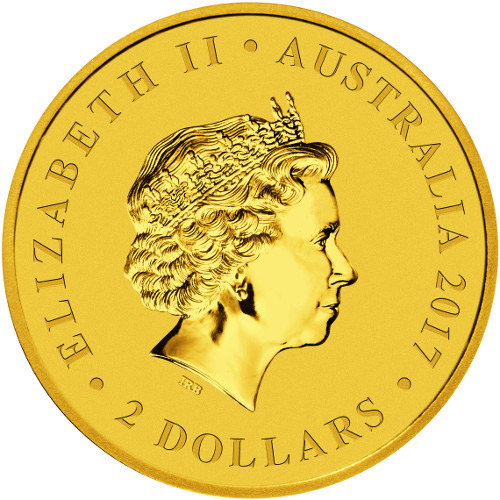 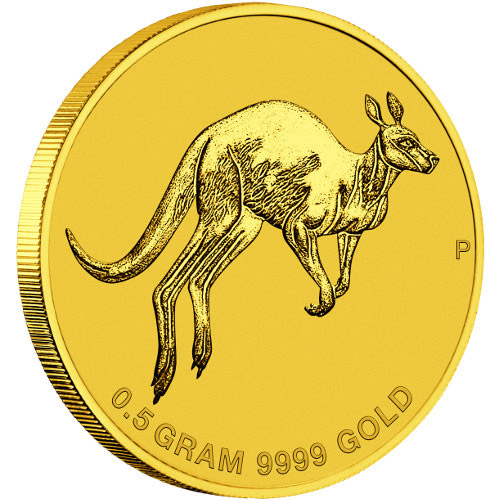 The kangaroo is one of the most enduring symbols of the Australian nation. First spotted by outsiders in the late 1700s, the kangaroo is now a well-known creature from the continent and is the largest member of the marsupial family. The 2017 1/2 Gram Australian Gold Mini Roo Coin is available to you today online from JM Bullion.

The Australian Gold Mini Roo is an exciting option for any gold investor or collector. Featuring .9999 pure gold content and an extremely affordable pricing point because of its low weight, the Mini Roo returns in 2017 as an additional option for those investors or collectors looking for just the right gift, for themselves or someone else.

Kangaroos were first spotted by outsiders to the Australian continent when the British arrived on the southern coast. Kangaroos, often viewed as one type of animal, actually include for major subspecies on the continent, though it is the red kangaroo subspecies that most are familiar with. The creature has become so beloved it is an unofficial emblem of the nation and appears on various government crests and private enterprise logos.

On the reverse side of the 2017 1/2 Gram Australian Gold Mini Roo is the image of a red kangaroo subspecies as it leaps across the open plain of the design field. The creatures often feature on Australian coinage, such as the all-new Australian Silver Kangaroo bullion coin and the annual-release Australian Gold Kangaroo.

The obverse of the 2017 1/2 Gram Australian Gold Mini Roo coin includes the right-profile portrait of Queen Elizabeth II. The image of Her Majesty in use on Australian coinage today is Ian Rank-Broadley’s fourth-generation depiction created in 1998 for use on commonwealth and British coinage.

Each of the 2017 1/2 Gram Australian Gold Mini Roo Coins in this product listing is in BU condition. Coins in BU condition exhibit no signs of wear and tear, though you may notice a range of minor flaws such as breaks in the luster, spotted surfaces, and contact marks from the coining process.

These coins are a product of the Perth Mint, founded in 1899 as the third and final Royal Mint facility in Australia. Today it is a state-owned entity of Western Australia and is the oldest operating mint in the country.

We encourage JM Bullion customers to contact our team members at 800-276-6508 with any questions. You can also live chat with us through our website or send us an email.