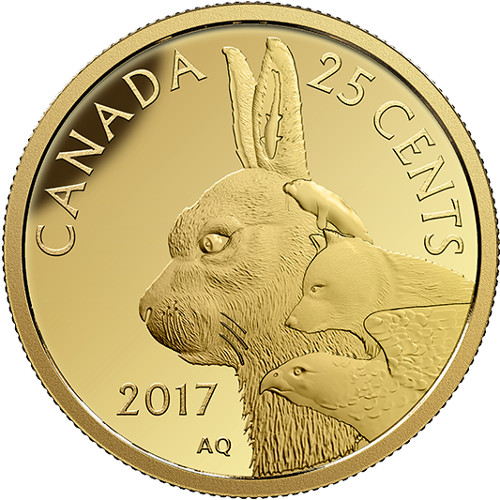 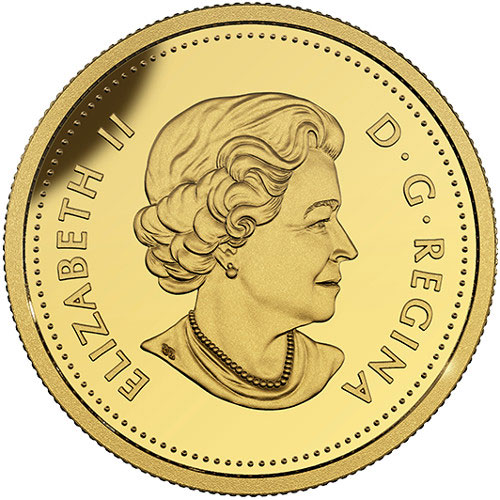 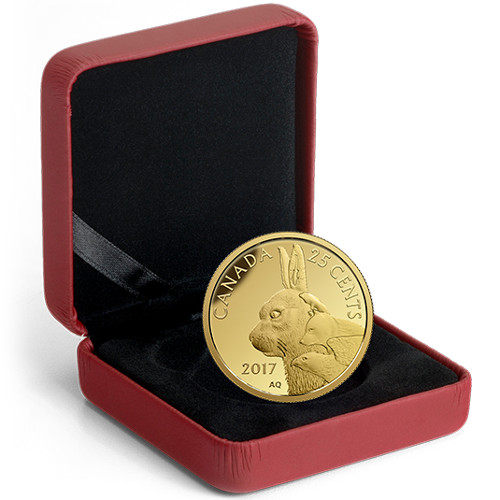 The fourth and final coin in the Royal Canadian Mint’s Predator vs. Prey series is here, and it brings re-interpreted Inuit art to life on the reverse side of a beautiful ½ gram gold coin. The hare and fox remain locked in an epic struggle for survival in Canada’s harsh extremes of the Arctic Circle. Today, the 2017 ½ Gram Proof Canadian Gold Predator vs. Prey Inuit Arctic Hare Coin is available from JM Bullion.

The design on the reverse of the 2017 ½ Gram Proof Canadian Gold Predator vs. Prey Inuit Arctic Hare Coin includes a design from Andrew Qappik that re-envisions the traditional imagery of the Arctic Hare used in Inuit art. This detailed engraving brings the animal to life, with the prey’s profile including the image of its predators.

On the obverse of the coin is the right-profile image of Queen Elizabeth II. Her Majesty’s effigy has appeared on the obverse of Canadian coinage since 1952 when she ascended to the throne of Britain, with this particular design from Susanna Blunt in 2003.

These 2017 ½ Gram Proof Canadian Gold Predator vs. Prey Inuit Arctic Hare Coins are the final release of the collection. Your individual coin ships to you inside of a maroon clamshell with a black beauty box, and represents the smallest gold coin struck by the Royal Canadian Mint.

Located in Ottawa since 1908, the Royal Canadian Mint is the official sovereign mint of Canada. The original location outgrew its capacity by the 1970s, and the mint eventually opened a second facility in Winnipeg to boost capacity.

We encourage all JM Bullion shoppers to reach out to us with questions. You can connect with us online using our live chat, email us, or call us directly at 800-276-6508.