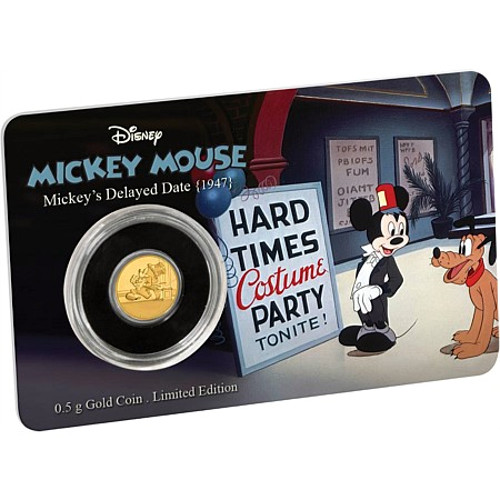 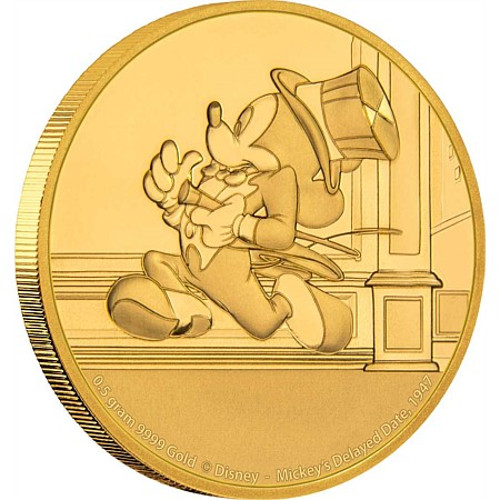 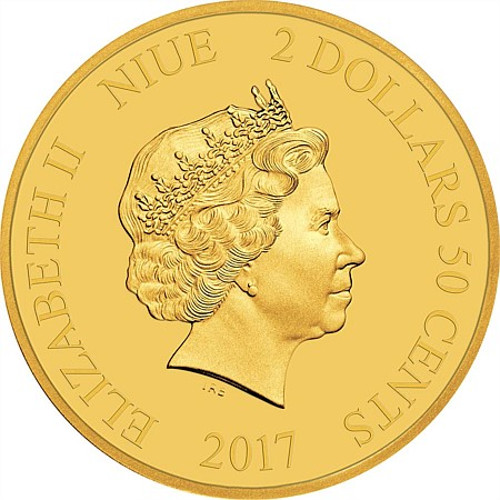 Mickey Mouse is one of the most visible and well-known media icons in the world. First introduced by Walt Disney in 1928, the legendary mouse has been the ambassador for the Walt Disney Corporation for almost 90 years now and shows no signs of losing his popularity to this day. Right now, the 2017 Gram Niue Mickey Mouse Mickeys Delayed Date Series Gold Proof Coin is available to purchase online from JM Bullion.

Each of the 2017 Gram Niue Mickey Mouse Mickeys Delayed Date Series Gold Proof Coins in this listing arrives sealed inside of an attractive print card. The card includes colorized artwork from the original Mickeys Delayed Date cartoon, and has a Certificate of Authenticity printed on the reverse of the card.

The film Mickeys Delayed Date was produced by Walt Disney Productions and distributed by RKO Radio Pictures. The film debuted on October 3, 1947. Many of the early Walt Disney films featuring Mickey Mouse broke ground in revolutionary ways for the film industry, but this film is well known for being the final cartoon in which Walt Disney himself voiced the character of Mickey Mouse.

On the obverse of all Mickey Through the Ages coins youll find the image of Queen Elizabeth II. Her Majestys effigy appears on all coinage from the New Zealand Mint, and this particular design is a fourth-generation image created in 1998 by Ian Rank-Broadley.

The reverse of the Mickeys Delayed Date coin in the collection includes the image of Mickey Mouse, dressed in his tux with a top hat and cane, as he speeds off to meet Minnie Mouse for their date. Though hes dressed all dapper, mishaps along the way actually help him out by making him look ragged for what turns out to be a Hard Times costume party.

If you have any questions about buying gold or purchasing this Mickeys Delayed Date coin, contact JM Bullion. Our customer service team is available at 800-276-6508, online using our live web chat, and via our email address.