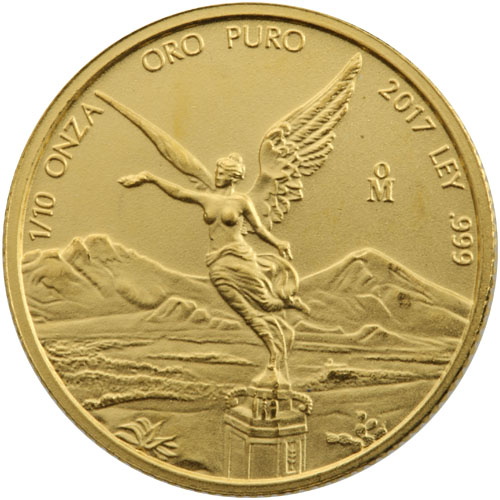 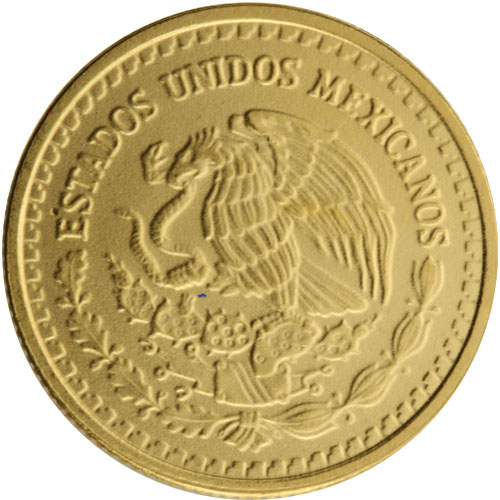 Mexican Gold Libertad coins appeared on the precious metals market at a time when there were few options for investors. When the 1 oz gold coin in the collection debuted in 1981, there was only the South African Gold Krugerrand and the Canadian Gold Maple Leaf available on the market. Today, 2017 1/10 oz Mexican Gold Libertad Coins are available to you online from JM Bullion.

Gold Libertad coins from the Mexican Mint are based upon the original gold Centenario coin. The battle for independence from Spain raged in Mexico in the 1820s, launched by the fervor of a single Catholic priest who encouraged Mexicans to stand up for their sovereign rights. 100 years later, in 1921, the Mexican Mint released a 100th anniversary gold coin.

The Centenario featured the image of Winged Victory, the Angel of Independence who represented the struggle for Mexican independence. Her figure graced that coin through the 1940s, and was revived for use on the Mexican Gold Libertad in 1981, the new gold bullion coin of the nation.

All of the 2017 1/10 oz Gold Libertads listed here with JM Bullion are in BU condition. Coins in this condition show no signs of wear and tear. However, coins in this condition do feature minor flaws such as breaks in the luster, spotted surfaces, and contact marks as a result of the production process at the mint.

The reverse of all 2017 1/10 oz Mexican Gold Libertad Coins bears the coat of arms for Mexico. Included in this design is an eagle perched upon a cactus as it battles a serpent, with a wreath above the top and a banner below to encircle the design.

On the obverse of all Mexican Gold Libertad coins you’ll find the Angel of Independence. A symbol of strength and victory to the Mexican people, Winged Victory holds a wreath above her head in her right hand and the broken chains of servitude in her left hand. The entirety of the image is reflective of Mexican victory over Spain in their battle for independence.

Please feel free to reach out to JM Bullion if you have any questions. You can contact our customer service team on the phone at 800-276-6508, online using our live web chat feature, and via our email address.