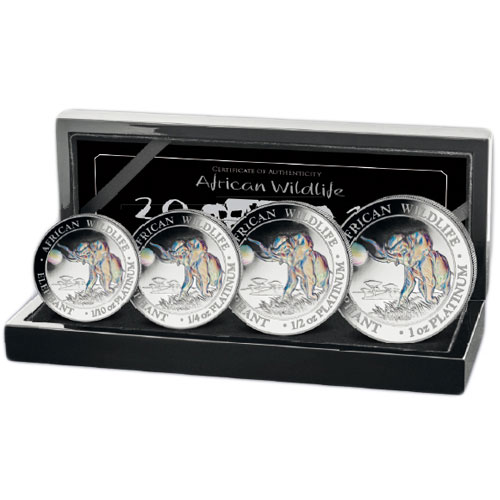 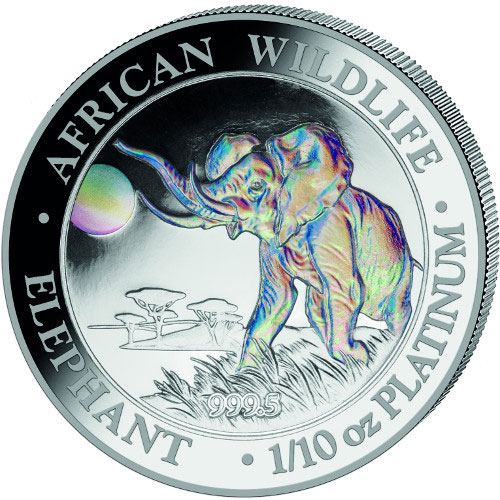 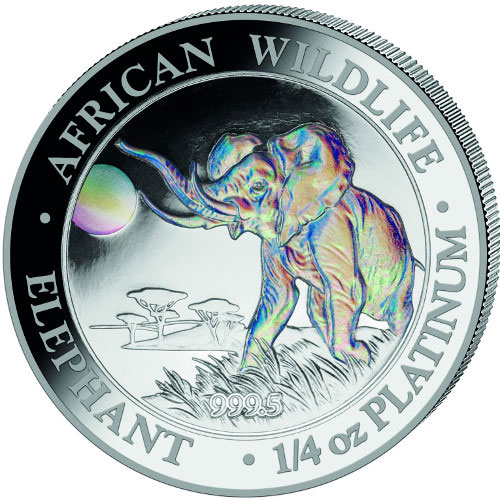 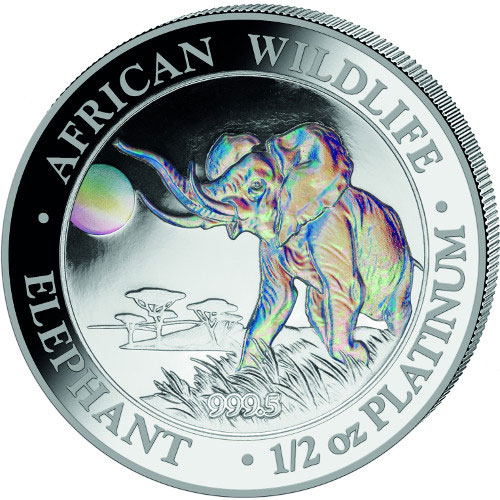 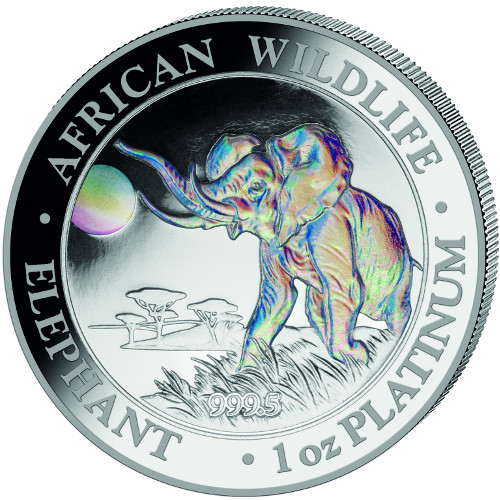 The Somalia Elephant coin series is one of the strongest performers in the precious metals industry. Growing in popularity since its 2004 debut for Somalia, these coins have grown in diversity in recent years with the addition of a first-ever Somalia Platinum Elephant coin. Right now, the 2016 Somalia Platinum Elephant Hologram Proof Coin Set is available to purchase from JM Bullion.

For this stunning 2016 Somalia Platinum Elephant Hologram Proof Coin Set the Bavarian State Mint releases a collection four coins with a unique hologram effect on the finish of the African elephant on the obverse. This set includes a 1/10 oz, 1/4 oz, 1/2 oz, and 1 oz Platinum Elephant coin.

The obverse of each 2016 Somalia Platinum Elephant features the unique 2016 elephant design, which depicted a massive bull elephant standing along the banks of a river that winds off into the distance. The moon rises to the top of the design field in the upper-left area, while the elephant dominates the foreground.

On the reverse of all Somalia Platinum Elephant coins is the coat of arms for the nation of Somalia. The coat of arms bears a single star on the heraldic shield set against a backdrop of horizontal lines. Each coins individual face value is engraved on this side, along with the nation of issue and year of issue.

The Bavarian State Mint is one of Germany’s primary minting facilities, and the official producers of the Somalia Elephant Series. Owned by the state government of the Free State of Bavaria, the mint was opened in Munich in 1158.

If you have any questions for JM Bullion about this brilliant four-coin set, please don’t hesitate to reach out to our customer service team. Our associates are available on the phone at 800-276-6508, online using our live web chat, and via our email address.