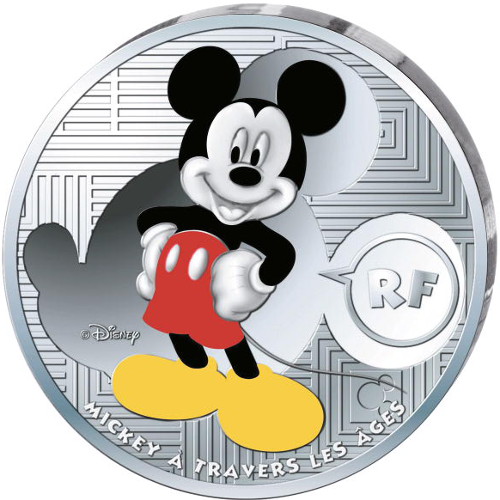 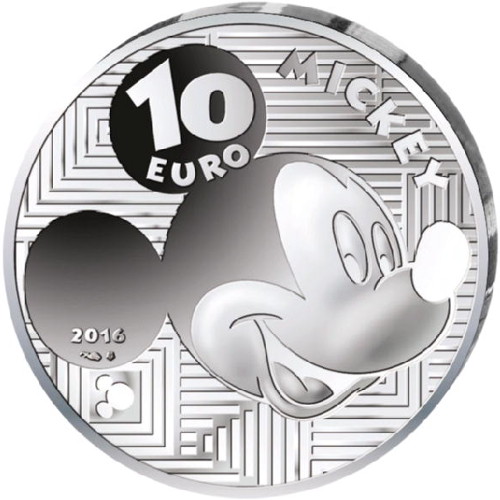 There is no Disney character more recognizable around the world than Mickey Mouse. Whether you speak English, French, or Mandarin Chinese, Mickey Mouse transcends cultural and linguistic barriers to reach out to children and adults alike. The 2016 Proof French Silver Mickey Mouse Through the Ages Coin is available today from JM Bullion.

Mickey Mouse made his theatrical debut in the 1928 animated short Steamboat Willie. The film was originally produced in black and white by Walt Disney Studios, and marked the official debut of Mickey Mouse and Minnie, who also appeared in the animated short.

Mickey actually debuted in two previous films, including Plane Crazy, but Disney scrapped both from distribution because he wanted to produce the first fully synchronized sound cartoon after he saw The Jazz Singer.

Each of these 2016 Proof French Silver Mickey Mouse Through the Ages coins comes from the Monnaie de Paris, and boasts a stunning proof finish with varying design elements. The greatest of these elements is the use of colorization on the figure of Mickey featured on the obverse.

On the obverse of the 2016 Proof French Silver Mickey Mouse Through the Ages coin youll the image of Mickey Mouse. Based upon his original 1928 appearance, youll notice Mickey in his iconic red shorts, with white buttons, and his big yellow shoes. In the background is a mirrored finish, left-profile of Mickeys head.

The reverse of the Mickey Through the Ages Silver Proof includes a right-profile portrait of Mickey Mouse, with his facial features included. His cheerful smile and big eyes are visible, with engravings in his upper ear of the face value, and the year of issue engraved in the lower ear.

All 2016 Proof French Silver Mickey Through the Ages Coins are a product of the Monnaie de Paris, the official sovereign mint of the French government. Previously tasked with the production of Francs, today the mint strikes Euros for the French economy in the European Union.

We encourage JM Bullion customers to contact our service team with any questions. You can reach us on the phone at 800-276-6508, online using our live chat, and via our email address. To view similar products, check out our full selection of Disney Silver Coins.