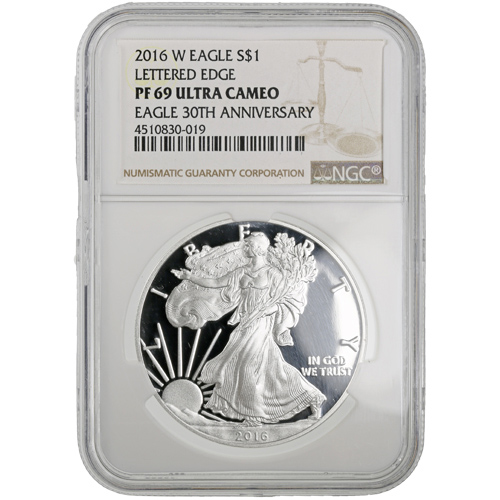 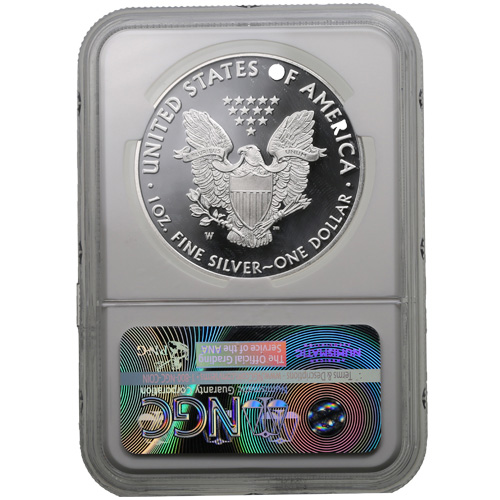 American Silver Eagle coins were introduced by the United States Mint in 1986, but the design on the reverse has a much deeper history than 30 years. Walking Liberty first appeared on the Walking Liberty Half Dollar coin in 1916, and celebrates its own milestone this year with its centennial.

The reverse of the 2016 Proof American Silver Eagle includes the heraldic eagle of the US. This design first debuted on original American coinage from the US Mint in 1794. Over the past two centuries it has been updated, including this 1986 refinement from former Chief Engraver of the US Mint, John Mercanti.

Each 2016 Proof American Silver Eagle coin available to you today is a PF69 coin according to the NGC. Coins in this condition still have full, original mint luster, but also feature a maximum of two minor detracting flaws. These flaws are limited to miniscule hairlines or contact marks and are located outside the primary focal areas of the coin.

Ultra-cameo, or UCAM, coins have a strong, frosted finish on the design points of the coin and a deeply-mirrored, clear background field that offers great contrast between the two features of the product.

We encourage all JM Bullion customers to reach out to us at 800-276-6508 with questions. You can contact us on the web as well using our live chat and email features.