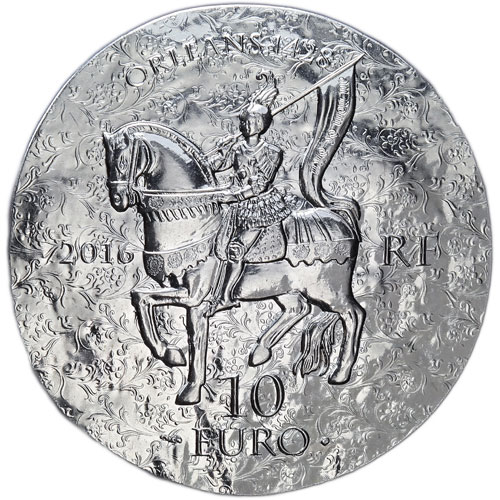 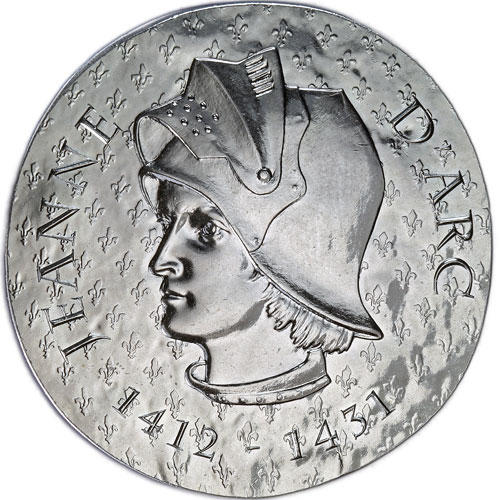 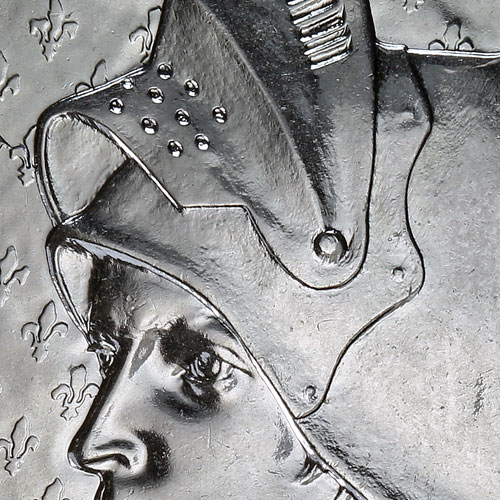 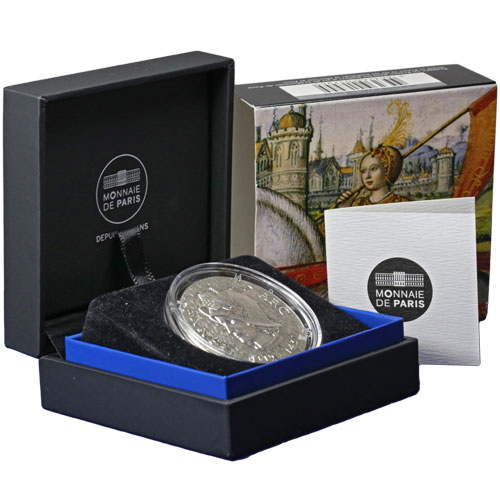 There are few historical figures in Europe more prominent than Joan of Arc. As part of the 2016 Women of France collection from the Monnaie de Paris, the 2016 Joan of Arc coin is the third in a series of coins celebrating prominent French women. Today, the 2016 French Silver Joan of Arc Coin is available as a BU specimen from JM Bullion.

The release of the Joan of Arc silver and gold coins follows as the third release behind the Queen Clotilde and Queen Matilda coins released earlier in 2016 in the Women of France Series. The 2016 French Silver Joan of Arc coin is one of three in the Joan release, which also includes a oz and 1 oz gold coin.

Joan of Arc is famous to most around the world, in particular those of the Catholic faith. As a young teenager, Joan reportedly had visions in which she said the saints were instructing her to assist Charles VII in combating the British rule of France during the Hundred Years War. Her efforts leading the French Army resulted in numerous victories and Charles eventual coronation as King of France.

On the obverse of the 2016 French Silver Joan of Arc coin youll find a left-profile portrait of Joan of Arc wearing her battle helmet. Her name is engraved in French around the outside, with her years of birth and death listed below. The background has several fleurs de lis in a pattern.

The reverse of the Joan of Arc Silver Coins features the image of Joan as she rides her steed into battle. The city and date of Orleans 1428 at the top of the design mark her greatest victory in battle, which took place just three years before the English captured her and burned her alive at the stake.

Each coin is a Proof specimen, which indicates that they were struck twice during the minting process.

These silver coins were produced by the Monnaie de Paris, which was founded in Paris in 864 and is the oldest enterprise in the world. It strikes the official Euro currency that goes into circulation in France.