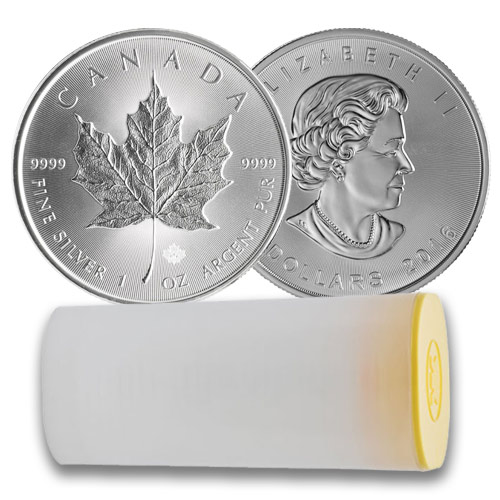 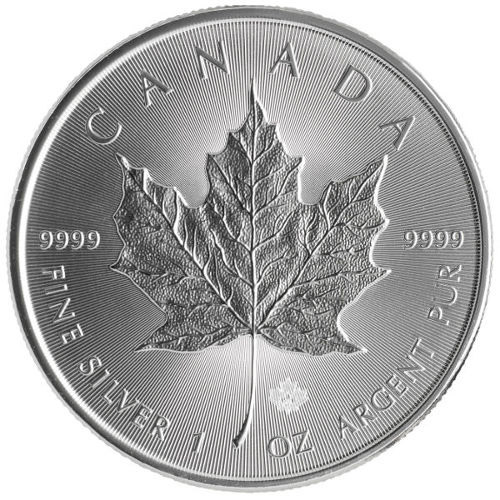 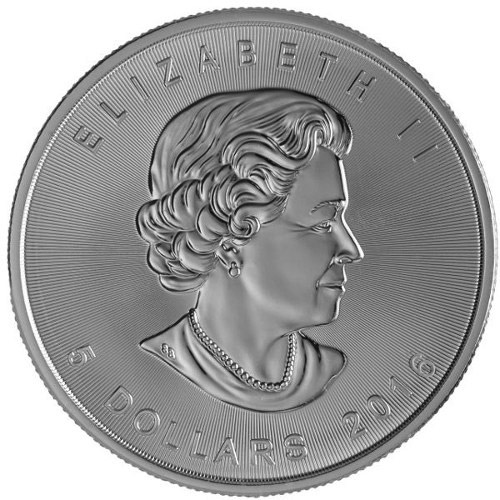 The most popular silver bullion product from the Royal Canadian Mint continues to be the Canadian Silver Maple Leaf. The official silver bullion product of the nation, the coin bears the countrys official emblem on its reverse and the image of its sovereign leader on the obverse. Right now, JM Bullion offers the 2016 Canadian Silver Maple Leaf for purchase in a mint-sealed tube only.

In this special product listing, JM Bullion is selling the all-new 2016 Canadian Silver Maple Leaf only in mint-sealed tubes. The acrylic tubes available from the Royal Canadian Mint contain a total of 25 individual coins. Each of the individual coins available to you today is in Brilliant Uncirculated condition. Coins in this condition show no signs of wear and tear, though you may notice breaks in the luster, spotted surfaces, or contact marks.

On the reverse face of each coin is the sugar maple leaf, a symbol of the nation found on countless government agencies and even the national flag. It is accompanied by engravings that denote the nation of issue, purity, metal content, and weight of the coin.

The Royal Canadian Mint was originally founded in Ottawa in 1908. Struggling to produce all of its currency domestically, the mint expanded in the 1980s to include a modern facility in Winnipeg.

Please direct all questions about this listing to a JM Bullion associate at 800-276-6508. You can also chat with us live online or submit your questions via email.

Anthony from NY - April 12, 2016
"Once again, a flawless transaction with JM. About 15 orders now with no problems, and fast delivery. These maples are stunning. Very pleased."

Greg from FL - December 18, 2015
"Impressive roll of Maples and the delivery was the quickest ever. From order to doorstep in just 3 days!!! Excellent work JM. Every coin is stunning with the mesmerizing radial lines, detailed leaf, .9999 purity and shinning portrait of the Queen jumping off the face, the US Silver Eagle has taken a backseat to this magnificent silver dollar in my opinion. Thank you for the exquisite transaction. I look forward to the next purchase. Greg"