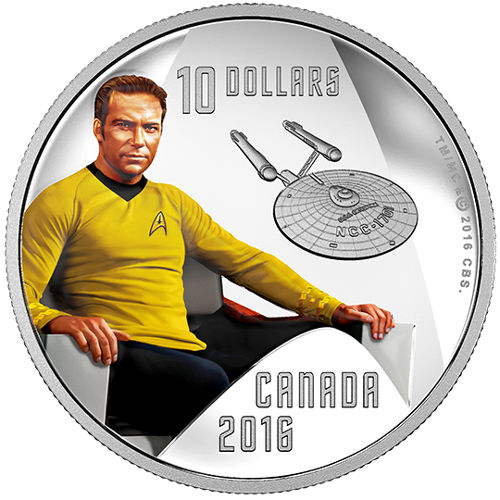 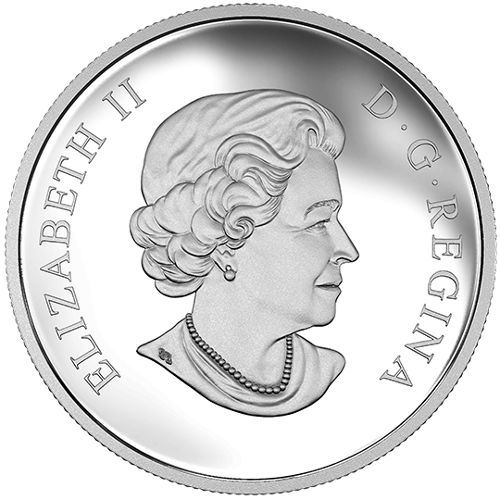 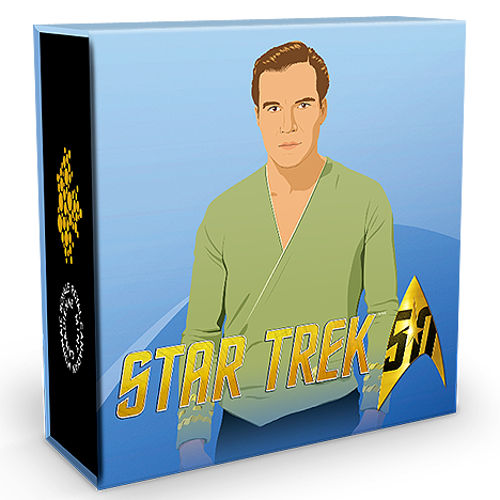 The 2016 release schedule from the Royal Canadian Mint includes a handful of Star Trek­-themed releases to coincide with the 50th anniversary of the beloved science-fiction franchise. Creator Gene Roddenberry’s first piece of the franchise hit American television in 1966, with the release of The Original Series. Right now, the RCM honors William Shatner’s leading character on the 2016 ½ oz $10 Canadian Silver Star Trek Captain Kirk Coin, available from JM Bullion.

This 2016 ½ oz $10 Canadian Silver Star Trek Captain Kirk coin is the first in a planned series of four coins honoring beloved characters from the Star Trek: The Original Series show from American television.

Each of the coins in this collector will feature a member of the cast in colorized finish, along with a secondary image of Star Trek technology that was associated with that individual character. In the case of this coin, Captain Kirk is featured alongside the U.S.S. Enterprise, the central starship in the United Federation of Planets Starfleet.

On the reverse face of the coin you’ll find side-by-side imagery of Captain James T. Kirk, and the U.S.S. Enterprise. Captain Kirk is featured in full color with his golden uniform from The Original Series, as portrayed by Canadian actor William Shatner. He is featured sitting in his captain’s chair on the bridge of the Enterprise.

The obverse contains the traditional right-profile portrait of Queen Elizabeth II created in 2003 by Susanna Blunt. Each coin in this series ships to you packaged in a custom graphic box with Star Trek theme.

Founded in 1908, the Royal Canadian Mint originated as an arm of the British Royal Mint in North America. Today it serves as the sovereign mint of Canada, with facilities located in Ottawa and Winnipeg.