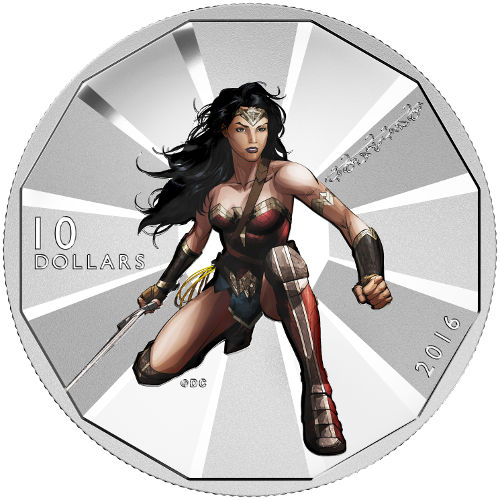 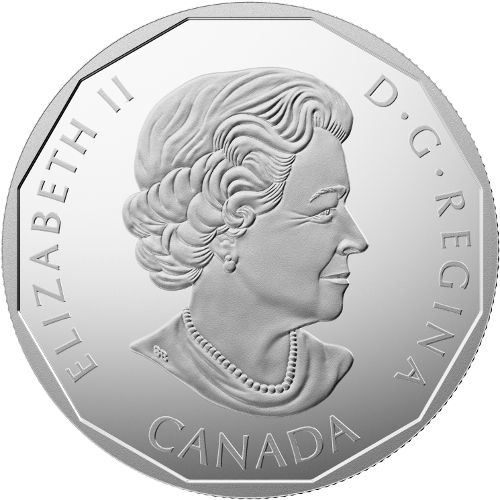 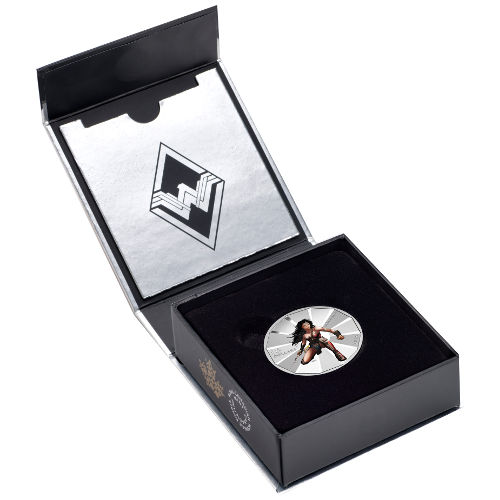 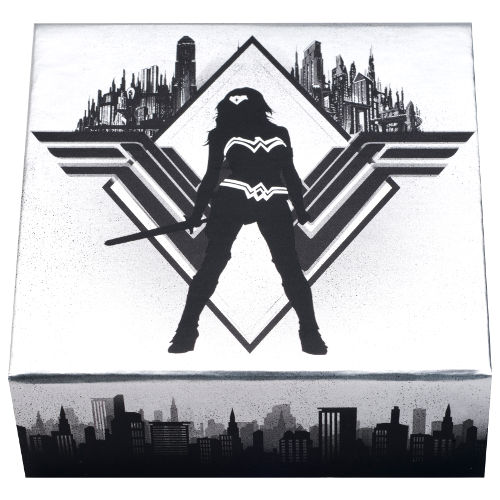 In the feature film Dawn of Justice the world is threatened by a new enemy, but its greatest superheroes are currently at odds. The strife between Superman and his growing powers puts him at odds with Batman. As the two duke it out, a new threat emerges that could bring an end to mankind.

Wrapped up in the feud is DC Comics’ first-ever heroine, Wonder Woman. She features the recent Hollywood release, and is now available as the final design inspiration in the Batman v. Superman: Dawn of Justice Coin Series from the Royal Canadian Mint.

On the reverse of the 2016 ½ oz $10 Canadian Silver Batman v. Superman: Dawn of Justice Wonder Woman Coin is the colorized image of Wonder Woman, in her trademark outfit with her whip at her side. Set against the shattered glass background used on other releases, you’ll find her strength and beauty unparalleled.

The obverse of the coin features Queen Elizabeth II’s right-profile portrait. Commonly used on all Canadian currency, Her Majesty’s image is surrounded by engravings that identify her name, the nation of issue, and year of issue for the coins. All 2016 ½ oz $10 Canadian Silver Batman v. Superman: Dawn of Justice coins ship in commemorative, themed cases that are excellent for any collection.

Please feel free to contact JM Bullion with questions. You can reach us on the phone at 800-276-6508, connect with us online using our live chat, or email us directly.