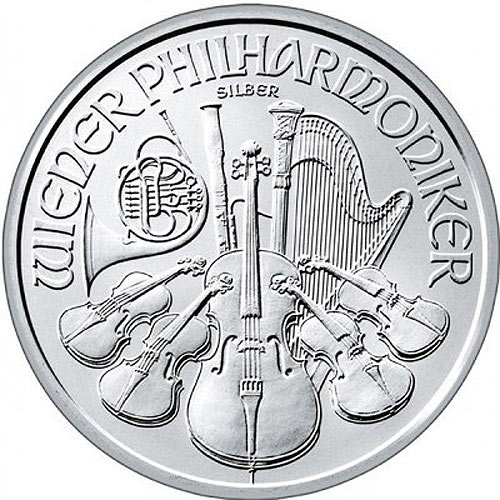 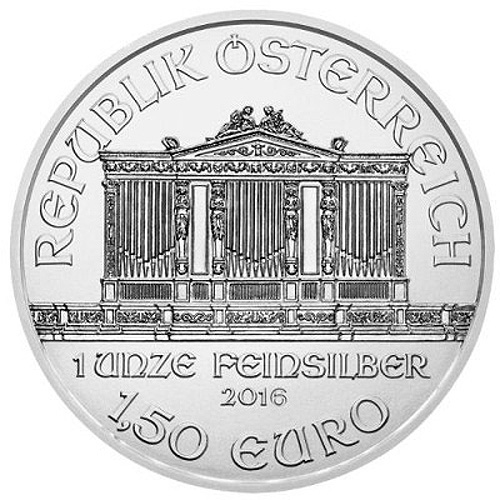 The Vienna Philharmonic Orchestra is perhaps the most well-known musical organization in the world today. First formed over 150 years ago in the capital city of Austria, it has entertained millions of the course of its history. It was a natural choice as the inspiration for the design of the Austrian Philharmonic series of bullion coins.

Each of the 2016 Austrian Silver Philharmonic coins available in this JM Bullion listing has a Brilliant Uncirculated condition. Coins in BU condition show no signs of wear and tear, though you may notice breaks in the luster, spotted surfaces, and/or contact marks.

On the reverse of each coin youll find an array of musical instruments used in the orchestra, including a harp, violin, cello, flute, bassoon, and French horn. Engravings are written in German and read Wiener Philharmoniker and Silber, identifying the orchestra and metal content.

The obverse bears the image of the pipe organ found inside the Musikverein Golden Hall in Vienna. Engravings on this side of the coin are also in German, and read Republik Osterreich and 1 Unze Feinsilber.

Austrian Silver Philharmonic coins have face values listed in the common currency of the Eurozone countries, but are produced domestically by the Austrian Mint.

If you have questions, dont hesitate to call JM Bullion at 800-276-6508. You can also reach us online using our live chat and email features.

Robert from IN - January 20, 2016
"Received my order of 2016 Austrian Philharmonics today. They are absolutely beautiful and arrived with the usual JMB excellence. I highly recommend JMB for your silver purchases."