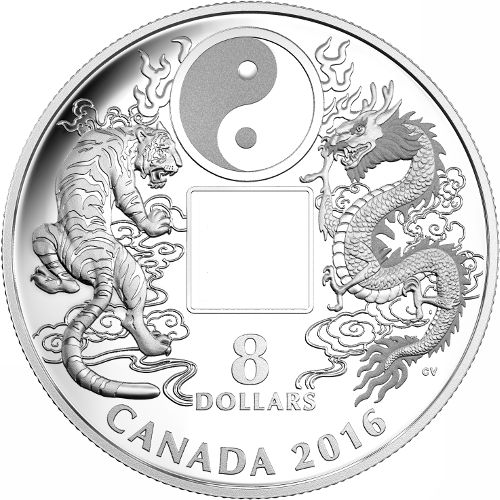 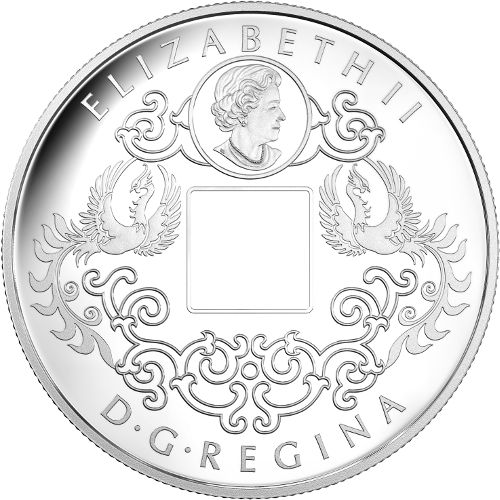 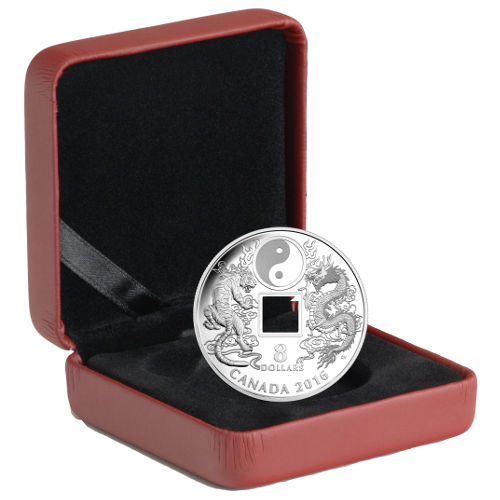 Chinese-themed coins released by major mints in recent years have been focused on Lunar Series products. These coins feature only the animals of the Zodiac, and are released with limited mintages and new images for each year in the Chinese lunar calendar cycle. A new Chinese cultural piece is now available from the Royal Canadian Mint, and you can get your own 2016 $8 Canadian Silver Tiger and Dragon Yin and Yang Coin from JM Bullion.

In Chinese culture, the tiger and dragon symbolize the duality of the universe as representatives of yin and yang. The two symbols of male and female energy have specific meanings that are used in works of art as well as feng shui cures.

The tiger and dragon are considered complimentary companions in Chinse astrology, with the celestial creatures fairly opposite one another in character. While the dragon boldly leads the offensive charge, the tiger is known to express a defensive posture.

On the reverse side of the 2016 $8 Canadian Silver Tiger and Dragon/Yin and Yang coin you’ll find the images of a tiger and dragon, opposite one another but in perfect harmony as often depicted in the yin and yang symbol. The White Tiger, as it is known, carries the yin energy relating to admirable qualities such as courage and patience, while the Green Dragon represents good fortune and possess strong, adventurous, and outgoing personality traits.

The obverse of the coin features that familiar right-profile portrait of Queen Elizabeth II as created in 2003 by Susanna Blunt. These coins are available only for a limited time, so there’s no better time than now to purchase your coin before they’re all gone!

Founded in 1908, the Royal Canadian Mint is the official sovereign mint of Canada. Originally controlled by the Royal Mint of London, today it is under the control of Canada’s federal government and features locations in Winnipeg and Ottawa.

Please direct your questions about the 2016 $8 Canadian Silver Tiger and Dragon Yin and Yang coin to JM Bullion associates at 800-276-6508. You can also connect with us online using our live chat and email features.